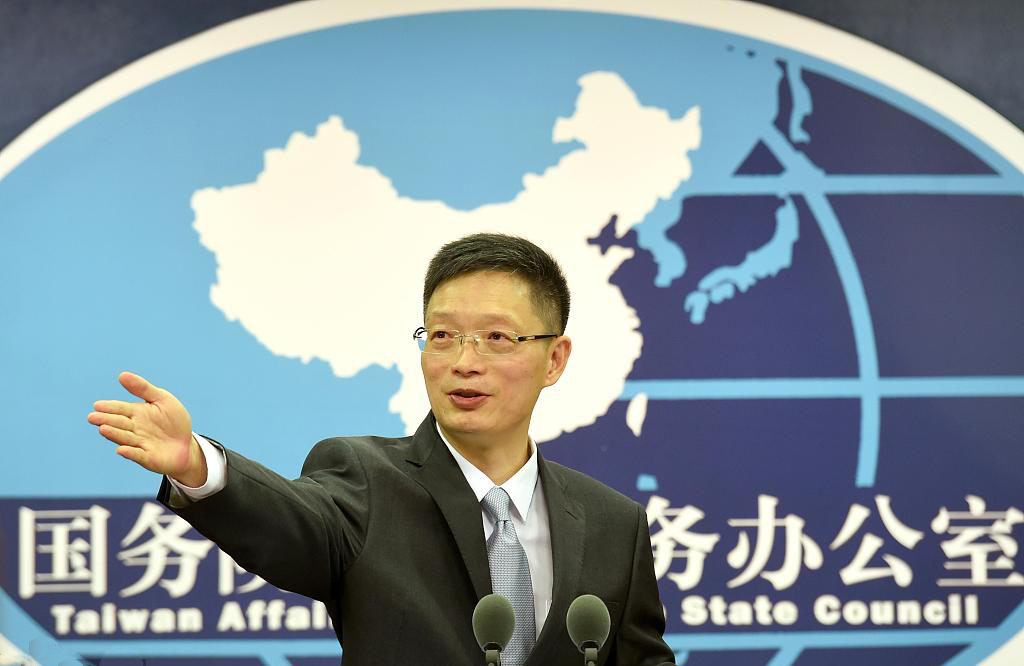 An Fengshan, a spokesperson with the State Council Taiwan Affairs Office, at a press conference. (Photo: haiwainet.cn)

BEIJING, Feb. 27 (Xinhua) -- An app offering the latest information on the preferential policies and services for compatriots on both sides of the Taiwan Strait was launched in Beijing Wednesday.

Users can check on the implementation of 31 preferential policies for Taiwan in the mainland's 25 provincial-level regions on the app. The app also has a Q & A section.

The app, released by the Cross-Straits Internet Exchange Committee of the Internet Society of China, will soon be available in app stores.

The 31 preferential policies for Taiwan, issued by the mainland on Feb. 28, 2018, have brought solid benefits to Taiwan-funded enterprises and compatriots from Taiwan on the mainland, facilitating integrated development in economy and society across the Strait.