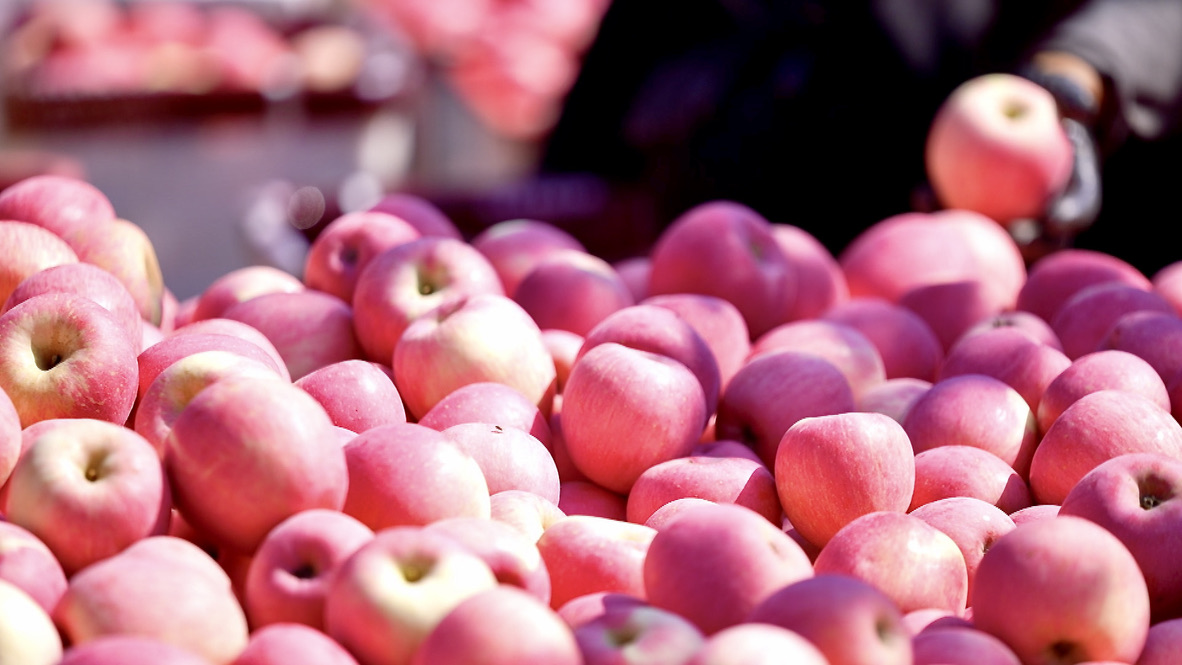 Sixty-year-old Zhao Aisen has been growing apples for three decades in Xincun Village in Jixian County, north China's Shanxi Province. His orchard covers 1.3 hectares, producing 40,000 to 50,000 kilograms of apples a year. His income now is about three times more than what it was a decade ago.

Zhao says life in the village has greatly improved. "Life is much better now in the village. We have cement roads and newly built houses. No one lives in the cave dwellings anymore," he said.

Jixian County was among the many remote areas along the Yellow River in China's northwest plagued by poverty due to harsh natural conditions. But years of poverty alleviation efforts have paid off. Many villagers have been able to multiply their income.

Jixian sits at the Loess Plateau along the eastern side of the Yellow River's middle reaches. It's one of China's best areas for growing apples. Favorable conditions there help produce tasty apples that not only look good but are also easy to preserve.

Now with advanced agricultural knowledge and technologies, apple farming has become more efficient than before, helping change the life of locals for the better.

Eighty percent of the local villagers in Jixian County plant apples. So far, the county has planted nearly 19,000 hectares of apples, with an annual output of 220,000 metric tons, worth more than one billion yuan ($140 million).

Local officials continue to invest more in infrastructure as the county’s revenue increases. Many villagers have started to promote tourism as a result of the improved environment. To attract more tourists, beautiful hotels and vibrant entertainment venues have been built.