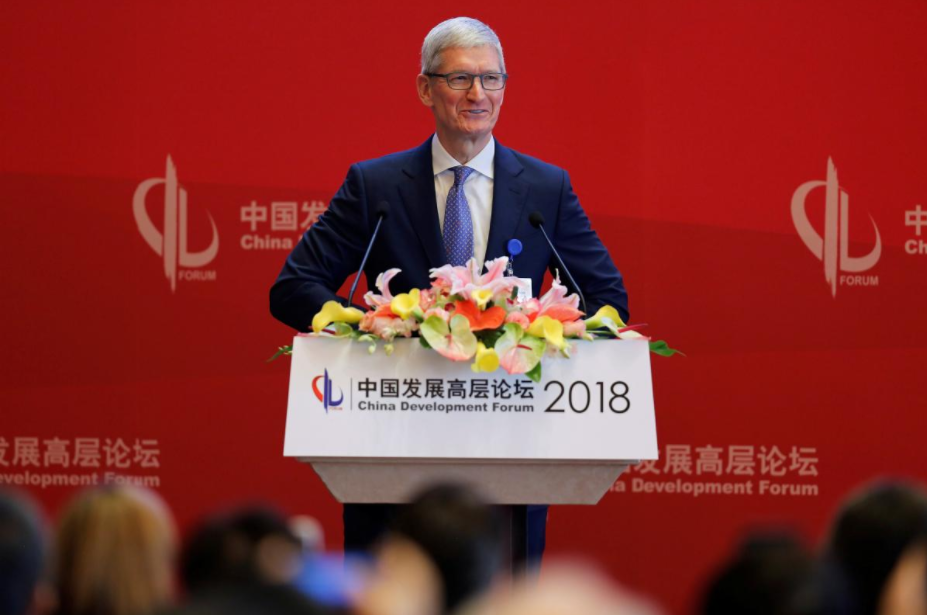 Apple Inc’s Chief Executive Tim Cook on Saturday called for “calm heads” and more open trade, amid rising fears of a trade war between the United States and China.

Trade tension between China and the United States flared this week when President Donald Trump unveiled plans on Thursday to slap tariffs on potentially up to $60 billion in Chinese goods.

China’s Commerce Ministry on Friday urged the United States to “pull back from the brink”, saying it was not afraid to engage in a trade war.

“I’m cognizant that in both the US and China, there have been cases where everyone hasn’t benefited, where the benefit hasn’t been balanced,” Cook said.

The sparring has cast a spotlight on hardware makers such as Apple, which assemble the majority of their products in China for export to other countries. Electrical goods and tech are the largest US import item from China.

In the past year, Apple and other foreign tech firms have grappled with a string of new regulatory requirements in China, including a controversial law requiring firms to house user data in data centers overseen by Chinese firms.

Last month, Apple officially moved to store keys for its iCloud data in China, provoking intense criticism from rights groups who say the decision makes it easier for Chinese officials to tap and collect private data.

Despite challenges, the company has sought to expand its services in China, its third-largest market, where roughly 1.8 million developers use its platform.

“My belief is that businesses should be engaged with governments in countries where they are doing business, whether they agree or disagree,” Cook said.

Cook has come to China several times in the past year, and was among executives who met Chinese President Xi Jinping last October.

“My belief is that one plus one equals three. The pie gets larger, working together,” Cook said.

Others attending the three-day forum include the chief executives of IBM Group , Google Inc and Qualcomm Inc.

Cook, who this year co-chaired the event, also attended last year when he called for China to increase trade and continue opening itself up to the world.