Apple's latest iOS update allows commuters in Beijing and Shanghai to use Apple Pay on their iPhone and Apple Watch on Metro and bus lines.

This free software update also offers commuters in Beijing and Shanghai a new function called "express metro card". Users can swipe iPhones or Apple Watches to pay for their subway and bus rides in Beijing, or subway, bus and ferry rides in Shanghai, after downloading the new version, thepaper.cn reported. 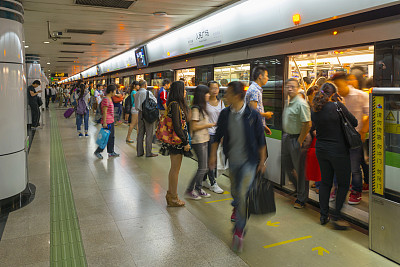 Apple users can either create a new virtual metro card and top it up directly, or connect his or her physical city transport card with the iPhone.

The function, supported by Near Field Communication technology, can be used without an Internet connection, but cannot work once the Apple products are out of power.

Passengers using iPhones or Apple Watches to take buses or subways can enjoy the same beneficial policies as when they use physical cards, the report said.