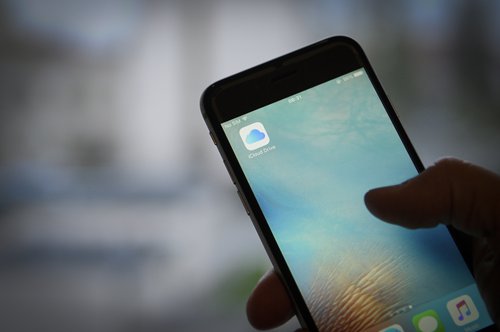 The iCloud storage application on an iPhone on November 8, 2017 Photo: IC

A source close to Guizhou-Cloud Big Data Industry Co (GCBD), the new operator of Apple's iCloud service in China, said there is no reason to worry about users' data becoming vulnerable because of the encryption keys being moved to China.

"Though the encryption keys are stored in China, they still belong to Apple, which is in charge of technical issues," the source, who wished to remain anonymous, told the Global Times on Sunday. "GCBD will be more like a moderator between Apple and the Chinese authorities," he said.

When the authorities ask for information to be provided for public safety reasons, the US company will be the one to provide technical support, and its Chinese partner will help Apple to fulfill this role, the source noted.

The response came after media reports saying Apple's encryption keys will be stored in China when its iCloud services are officially operated by GCBD, starting from Wednesday. Encryption keys are used to unlock iCloud accounts, and such keys have always been stored in the US, Reuters reported on Saturday.

It also means that Chinese authorities will no longer have to use US courts to seek information on iCloud users. Before, any government or law enforcement authority seeking access to a Chinese iCloud account needed to go through the US legal system, according to Reuters.

Apple emphasized in a public letter in February 2016 that the company is deeply committed to safeguarding users' personal information.

To comply with China's Cyber Security Law, which took effect in June 2017, Apple teamed up with GCBD a month later. While Apple provides technical support, GCBD takes charge of management, and both parties have pledged to strictly follow the rules and regulations, and protect users' privacy and data security, the Chinese company told the Global Times in January.

Before Apple handed its cloud services in China to a local company, other foreign companies had already formed alliances with Chinese partners to better tap into the huge market, said Li Yi, a senior research fellow at the Internet Research Center under the Shanghai Academy of Social Sciences.

"For example, US firm GE teamed up with China Telecom to expand the use of its software platform for industrial internet uses. Amazon founded a Chinese company to operate its cloud services. Companies should respect the law before doing business," he told the Global Times on Sunday.

Foreign enterprises and organizations normally need to transfer information outside China, while the new cyber law stipulates that sensitive data must be stored domestically.

Apple's latest move aims to comply with recently introduced Chinese laws that require cloud services offered to Chinese citizens to be operated by Chinese companies and be stored in the country, Reuters said. However, some users may have concerns over alleged easier access for Chinese authorities to text messages, emails and other data.

Apple will still be the owner of its $1 billion data center in Southwest China's Guizhou Province, and its operating structure and safety standards will be the same as they are in the US, Li noted. "Storing the data in the country will also help improve public safety," he said.

For example, if a terrorist used an iPhone, the Chinese authorities previously had to spend days negotiating with US law enforcement authorities to unlock the phone, Li noted. "Now, it is much more convenient and efficient to go through legal procedures in China to track down any terrorist act," he said.

Apple's recent move, in line with its localization strategy for the Chinese market, will serve as a boon for its further expansion domestically, once its level of data security is recognized by the Chinese government, Xiang Yang, industry analyst at Beijing-based CCID Consulting, told the Global Times on Sunday.

Apple has been overtaken in sales by its Chinese rivals including Huawei, OPPO and Xiaomi, and was ranked fifth among smartphone vendors in China according to an annual report released by industry consultancy IDC on February 6. The company's total domestic shipment volume reached 41.1 million units in 2017, down 8.3 percent year-on-year, the report said.

"To win in China, Apple is unlikely to change its strategy in spite of rising criticism over this change of its data management," the analyst said.