ZHENGZHOU, May 7 (Xinhua) -- Chinese archaeologists announced Thursday significant achievements at the Shuanghuaishu site in central China's Henan Province, providing key proof of the origin of the over 5,000-year-long Chinese civilization.

With an area of 1.17 million square meters, the Shuanghuaishu site is located on the south bank of the Yellow River in the township of Heluo, Gongyi City.

The ancient city relic dating back to around 5,300 years ago was proposed by Chinese archaeologists to be named "Heluo Kingdom" after its location in the center of Heluo area, where the Yellow River (known as He in ancient China) and the Luohe River meet.

"The Shuanghuaishu site is the highest-standard cluster with the nature of a capital city discovered so far in the Yellow River basin in the middle and late stage of Yangshao Culture, the early stage of the formation of Chinese civilization," said Li Boqian, a professor at Peking University, at a press conference on major archaeological discoveries at Shuanghuaishu site held Thursday in Zhengzhou, the provincial capital.

A large number of relics of the Yangshao Culture dating back 5,000 to 7,000 years have been discovered at the site, said Gu Wanfa, director of the Zhengzhou Municipal Research Institute of Cultural Relics and Archaeology, at the press conference.

"The important archaeological findings prove the representativeness and influence of the Heluo area in the golden stage of the origin of Chinese civilization around 5,300 years ago," said Wang Wei, a member of the Chinese Academy of Social Sciences.

Since 2013, the Zhengzhou Municipal Research Institute of Cultural Relics and Archaeology and the Institute of Archaeology of the Chinese Academy of Social Sciences have conducted continuous archaeological excavations on the site. 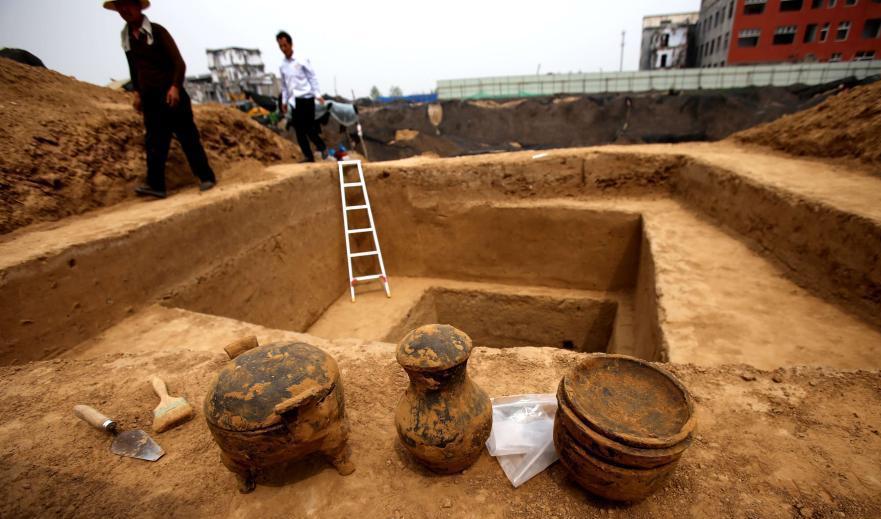