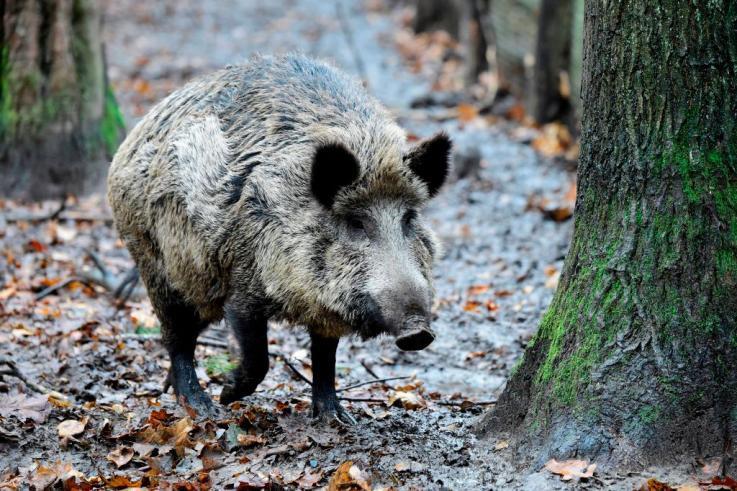 BEIJING, Feb. 4 (Xinhua) -- With a diet made up by bread and milk, Lyu Peng, a Chinese archaeologist studying at Harvard University, was craving pork dishes from his hometown as the Year of the Pig in China's lunar calendar approached.

"Twice-cooked pork, fish-flavored pork and spareribs in brown sauce - just the names make my mouth water," said Lyu, an associate research fellow from the Institute of Archaeology (IA) under the Chinese Academy of Social Sciences.

Archaeological discoveries and studies have shown that China was one of the earliest places in the world to domesticate pigs about 9,000 years ago, Lyu said.

His opinion was echoed by Yuan Jing, an IA specialist in animal archaeology.

Foreign scholars have found remains of domestic pigs from around the same period at many sites in southeast Turkey.

Unlike cattle, sheep, goats, horses and chickens, which were introduced to China, pigs were bred from wild boars, said Yuan.

"The pigs in Jiahu already had some clear features of domestic pigs, indicating they had been domesticated for some time. But we still lack archaeological findings prior to 9,000 years ago. We don't know yet when and where the ancients started to raise pigs, and we are looking forward to more discoveries," Yuan said.

The adult wild boars were strong and ferocious, so they would have been difficult to be tamed, and this must have started when they were young. The ancients might have caught very young wild boars and raised them as pets at first, Yuan speculated.

Pigs grow fast and breed quickly, making them more efficient to farm than other livestock. They have a more varied diet and can consume human scraps. All these were favorable factors in domesticating pigs, Yuan said.

"The taming, raising and breeding of pigs was one of the great accomplishments of ancient China, and provided a steady meat source to strengthen the human body and expand the human population," said Yuan.

The domestication of pigs also drove the development of civilization and social progress, he said.

Lyu said the consumption of pork in China varied in different regions, according to archaeological findings.