CHINA Are Chinese parents right to be worried about 'toxic' school playgrounds?

Are Chinese parents right to be worried about 'toxic' school playgrounds? 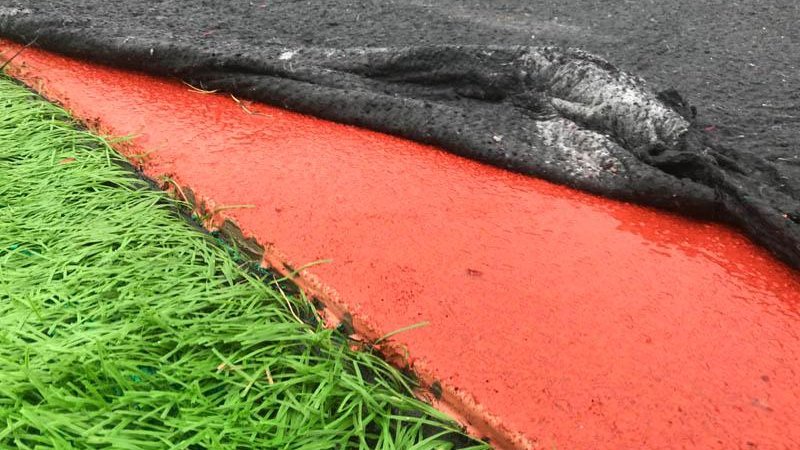 Since the start of the fall semester, over 100 students reportedly suffered from nose bleeding, vomiting and eczema at a newly constructed primary school in central China's Hubei Province. Worrying parents believed the toxic chemicals in running tracks were to blame but failed to prove their accusations.

The school in question is Canglong No. 2 Primary School, a brand new school compound which was completed in August and started admitting students weeks later, Hubei Daily reported.

Soon after school commenced, parents complained about smelling pungent odors from the synthetic playground and started worrying about their children's health. The school, however, stated that all school facilities including the buildings and playgrounds met national standards, China News reported.

Within days, many parents said their children showed symptoms of “chemical intoxication” and demanded answers from the school and local authorities.

The education department in Wuhan's Jiangxia district where the school is located responded by launching an investigation into the incident, People's Daily reported.

To ensure students' health and safety, running tracks and basketball courts on the playground have been covered with moisturized felt and children suffering from toxic symptoms were sent for thorough physical checks at local hospitals.

At parents' request, samples of the synthetic playground were sent to a professional assessment organization in Shanghai for reexamination. The results came back last week, however, showing the playground met national standards and was free from major toxins.

Many parents are still worried, on the grounds that “toxic playgrounds” have become a source of national concern over the past few years. In 2015, schools in more than 15 cities across China were exposed after revamping playgrounds with toxic, underqualified materials, China News reported. China's state media CCTV revealed in 2016 that a company recycled rubber waste and scrapped playground equipment to produce new running tracks for a primary school in Beijing.

To tackle the problem, the Chinese government has drafted an action plan to update its current standards set for facilities with synthetic surfaces in schools. The new national standard, which goes into effect on November 1, will ban a wider list of chemicals and tighten requirements over sampling and assessment.