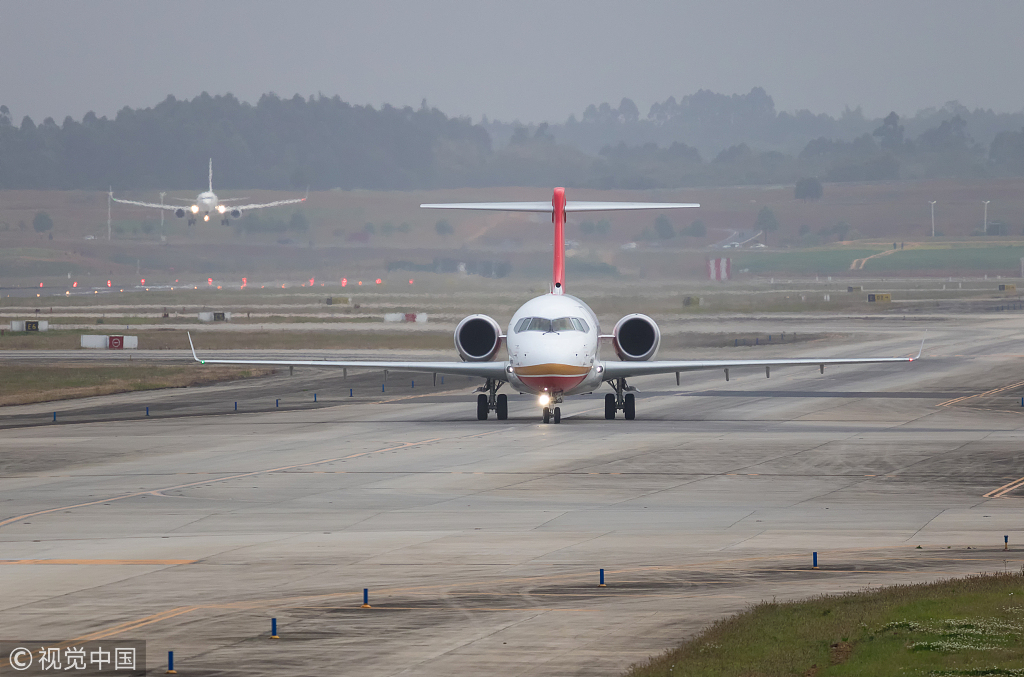 The plane spent 12 days in Turpan testing the operation and performance of related systems of the aircraft model, said the state-owned Commercial Aircraft Corporation of China (COMAC).

Turpan, about 150 km southeast of Urumqi, the regional capital, is in a mountain basin. It is renowned for its harsh and drastic desert climate, especially its extremely hot summer.

Flight tests are done to help further optimize the ARJ21 system, as the company is striving to provide a light, economical, and more maintainable aircraft model, according to COMAC.

The ARJ21 has 78 to 90 seats, a range of 3,700 km and is China's first regional jetliner developed using international airworthiness standards.

Chengdu Airlines, the first operator of the ARJ21, uses five of them for eight air routes, linking 15 Chinese cities.