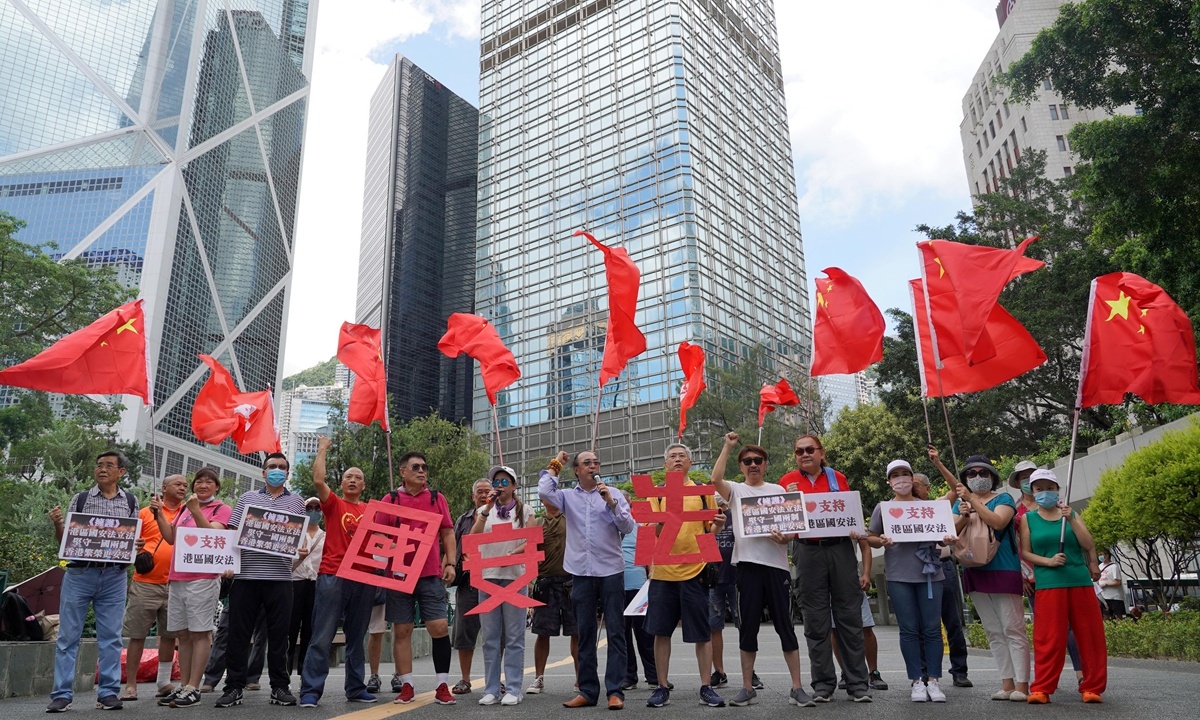 The Neo Democrats, another group from the pan-democracy camp in Hong Kong, announced on Saturday it is to disband given the rapidly changing political environment of Hong Kong, after some of its members were arrested and all district councilors are required to pledge allegiance to the Basic Law and the Hong Kong SAR government soon.

Experts warned that under the clear stipulation of the national security law for Hong Kong, the pan-democracy camp needs to adjust their behavior to meet the new requirements of the local political life.

The Neo Democrats said on social media on Saturday that Hong Kong society has changed rapidly over the past two years, and with the enactment of the national security law for Hong Kong, some of its former members have been put behind bars, and some quit the group, and under the changing circumstances, the rest who stay need to adjust, according to local media reports.

"It doesn't mean that the pan-democracy camp is deprived of its freedom and democratic rights. In fact, they have to adjust to act in line with the law," Tian Feilong, a Hong Kong affairs expert at Beihang University in Beijing, told the Global Times on Sunday.

For example, the Hong Kong Alliance, which used to hold anti-government protests from time to time, has to delete its subversion-driven goals in its guidelines, and the Civil Human Rights Front has to draw a clear distinction from local radicals and external forces by strictly following the national security law, Tian said.

Gary Fan Kwok-wai, former member of the Neo Democrats, along with the group's former member Roy Tam Hoi-pong, are among the 47 anti-government figures who were charged with taking part in illegal election primaries last year, suspected of violating the national security law for Hong Kong and have been charged with conspiracy to subvert state power.

"The community is rational and it condemns politicians who disobey and infringe law and order. The Neo Democrats has foreseen that they can no longer function as a political party. Furthermore, they have lost their supporters' trust," Chu Kar-kin, a member of the Chinese Association of Hong Kong and Macao Studies and a veteran current affairs commentator based in Hong Kong, told the Global Times on Sunday.

Law and order is the borderline, which shapes and safeguards the society's interest, he said, noting that compliance with the law is the prerequisite of getting a constituent or service.

Since the national security law for Hong Kong took effect on June 30, 2020, at least 10 political groups, including Demosisto, led by secessionists Joshua Wong and Agnes Chow, and the Hong Kong National Party, which had advocated for the so-called Hong Kong independenceand secessionism that have clearly violated the law.