CHINA As the 2018 Summer Davos wraps up, 4th industrial revolution takes the spotlight

As the 2018 Summer Davos wraps up, 4th industrial revolution takes the spotlight 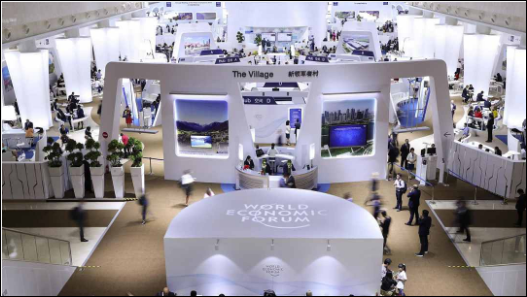 The three-day Summer Davos wrapped up on Thursday. Over 2,000 participants from more than 100 countries took part in over 200 sessions.

This year's Summer Davos focused on “Innovative Societies in the Fourth Industrial Revolution.”

Participants mainly discussed the new technologies driving this era, such as artificial intelligence (AI), gene editing and the Internet of Things (IoT).

Before meeting with CEOs on Thursday, Chinese Premier Li Keqiang delivered a keynote speech at the event's opening ceremony. In it, he stressed the importance of globalization and also clarified the devaluation of yuan which came after the start of the trade feud with the US.

“Recently, there has been a certain fluctuation in the renminbi (RMB) exchange rate. Some people think that this has been done on purpose. This is not true and is unfounded, because China cannot benefit much from a one-way depreciation of the RMB exchange rate. China will never rely on the devaluation of the RMB to stimulate exports. In that way, we would be making small profits at the cost of destroying our own economic environment,” Li said.

Premier Li also announced a series of measures to create a better business environment. They include cutting taxes and fees, treating both domestic and overseas companies equally, and implementing stricter rules to protect intellectual property (IP) rights. For many participants, the message was encouraging.

Vivian Jiang, the vice chairlady of Deloitte China said, “To the technology sector, IPO protection is extremely important. A lot of the messages in Premier Li's speech are very encouraging.”

Lin Fan, the founder and CEO of Maimai.cn said, “The important message to me is about protecting IPR. If you use a good method to protect it, it will encourage innovation. But if the country lacks good protection, more people will choose to plagiarize. To China, a country encouraging innovation, this is very valuable.“

Jack Ma, the founder of e-commerce giant Alibaba, spoke on the last day of the event. He explained his decision to step down from his role as Alibaba's chairman of the board next year. Ma said he wanted to give more opportunities to young people, adding that he will nominate possible successors, but the company will have the final say.

He also provided suggestions on how to survive in this challenging economic environment.