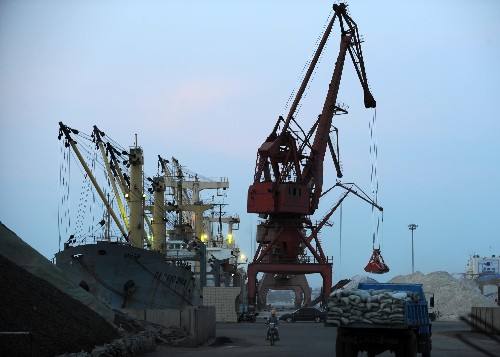 The European Union remained China's biggest trading partner with an 8-percent year-on-year growth to 4.86 trillion yuan in bilateral trade, while the United States ranked third with a 10.7-percent fall over 2018 to 3.73 trillion yuan, GAC data showed.

Trade between China and its fourth largest trading partner Japan edged up 0.4 percent to 2.17 trillion yuan.

China's trade with countries participating in the Belt and Road Initiative continued to gain momentum, rising 10.8 percent to 9.27 trillion yuan in total.