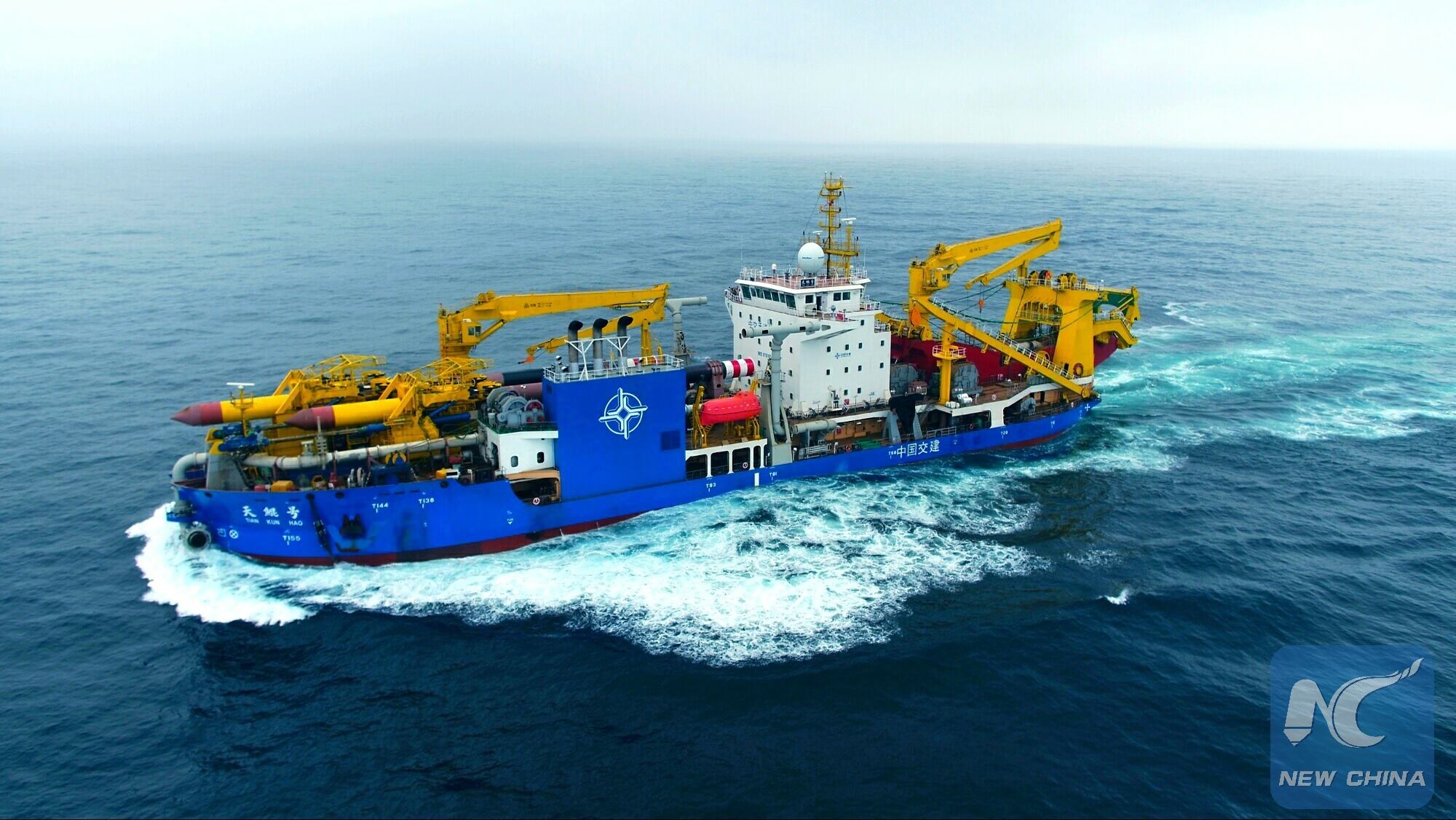 Tian Kun Hao, a Chinese-built dredging vessel, the largest of its kind in Asia, sails under a sea trial after departing a port in east China's Jiangsu Province, June 12, 2018. (Photo: Xinhua)

TIANJIN, Jan. 9 (Xinhua) -- A Chinese-built dredging vessel, the largest of its kind in Asia, returned to the shipyard Wednesday after completing its sea trial of nearly three months.

The 140-meter-long, 27.8-meter-wide vessel, named Tian Kun Hao, can dig as deep as 35 meters under the sea floor and dredge 6,000 cubic meters per hour, according to its investor, Tianjin Dredging Co., a subsidiary of China Communication Construction Co.

It set sail off the coast of the city of Qidong in east China's Jiangsu Province in October for a mud-dredging trial, during which it dredged a maximum of 7,501 cubic meters per hour, delivered the excavated mud some 15 km away, and realized unmanned automatic dredging.

On Nov. 23, it began a bedrock-digging test near the coastal city of Dalian and succeeded in digging rocks with a hardness of 60 MPa.

The dredging, delivery and intelligent control systems of the vessel withstood the test, with all the specifications meeting or exceeding the design standards, said Wang Jian, the chief engineer.

Wang said the vessel will be formally put into use after completing the shipyard check.