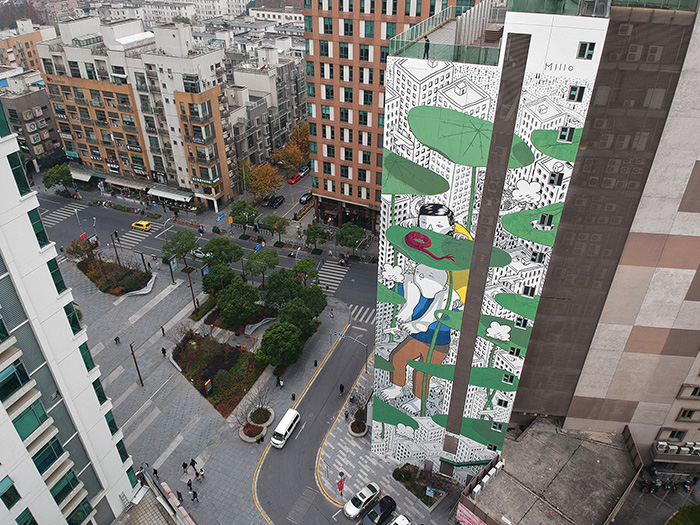 The 46-meter high painting features a little girl on the shoulders of a little boy hiding behind a lotus leaf and observing a small dragon quietly.

Millo’s painting is the tallest in Asia, and the considerable mural also breaks his personal record. Millo reportedly spent two weeks and over eight hours per day sitting on the crane, overcoming various challenges including the height and bad weather, to finish the enormous wall painting.

This is not Millo’s first wall painting in Shanghai. In May of last year, Millo created his first work in Shanghai on an 18-meter-high wall of a kindergarten depicting a child sleeping in his bedroom with four red koi swimming around.

Millo has painted abroad for a long time, including tours in Finland, Poland, the United States, Morocco and Thailand. He prefers simple black and white lines, supplemented with bright colors as the final touch. Millo hopes these whimsical works will help modern people relax from their stresses and regain the fun in childhood. 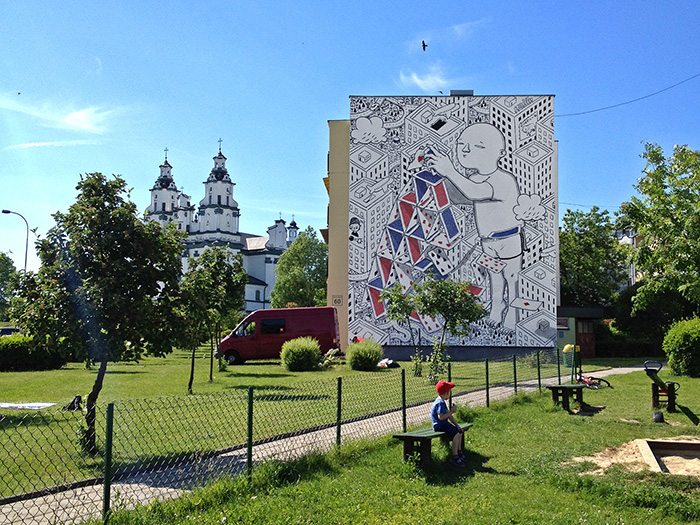 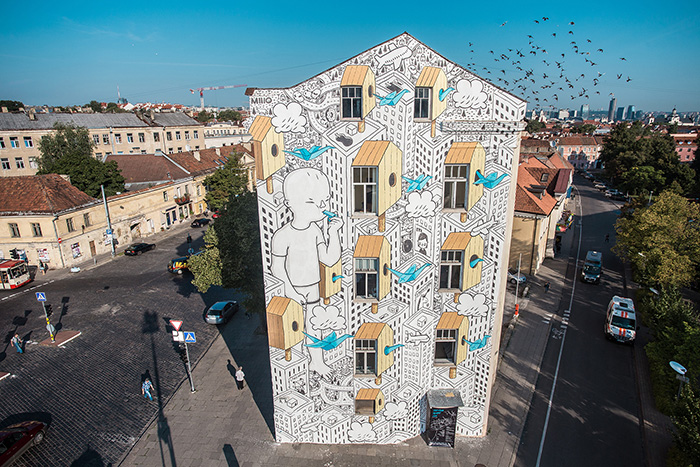 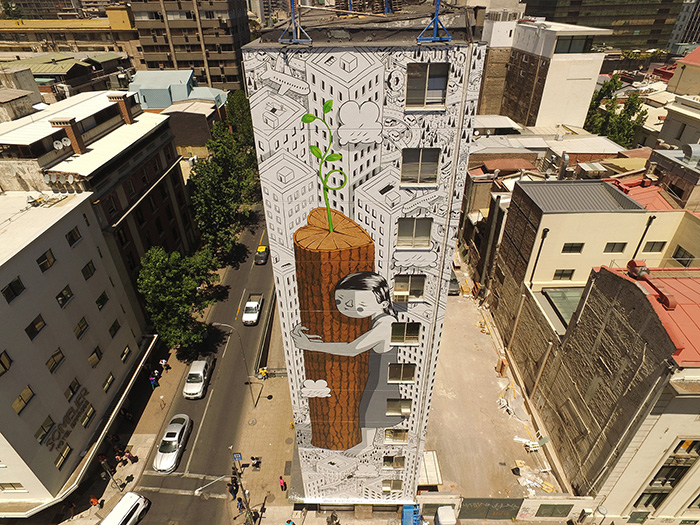 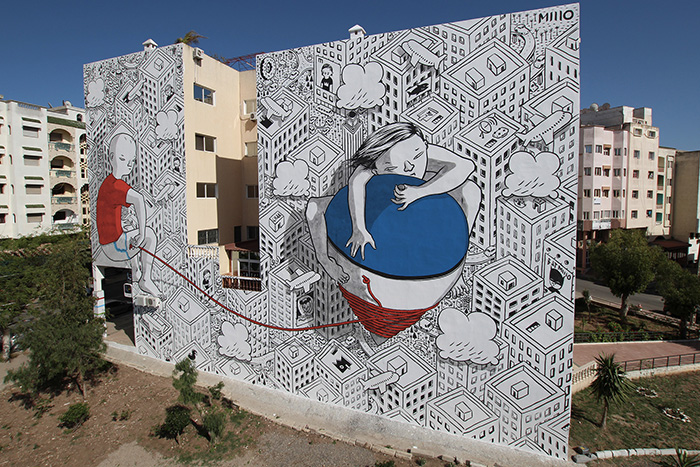 You make my heart spin around, Morocco, 2016 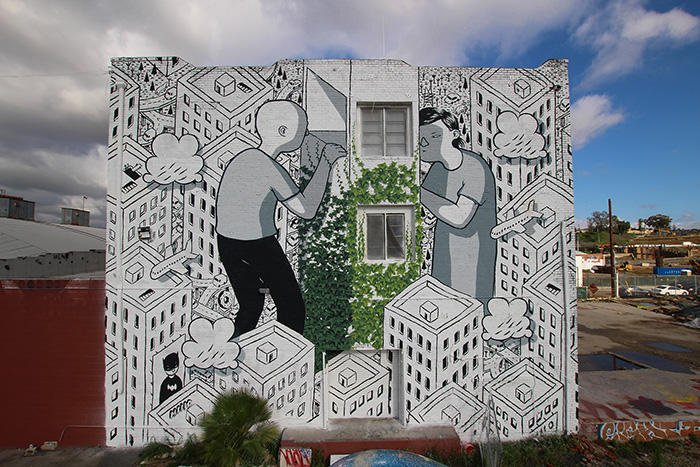