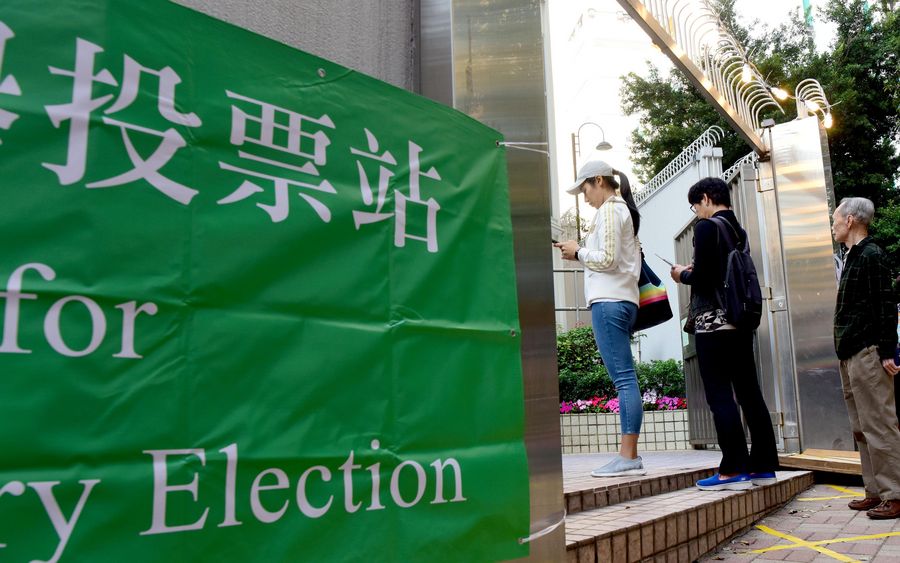 HONG KONG, Dec. 8 (Xinhua) -- The Hong Kong Special Administrative Region (HKSAR) government said that Sunday's procession, as well as 50,000 public assemblies and demonstrations held over the past five years, are the testimony to the freedom enjoyed by Hong Kong people.

A spokesman of the HKSAR government said Sunday evening in a statement that the freedom of speech, the press, publication, association, assembly, procession and demonstration is protected by the Basic Law, the Hong Kong Bill of Rights Ordinance and other legislation.

Provisions of the International Covenant on Civil and Political Rights as applied to Hong Kong also remain in force, he added.

The remarks came after a public gathering held at the Victoria Park on Sunday afternoon and a following procession finished at Chater Road in the Central district.

The events were largely peaceful but violent acts were still reported as some rioters set fire outside two Hong Kong courts and vandalized shops.

The police said in a statement that rioters threw petrol bombs outside the High Court and the Court of Final Appeal adjacent to the finishing point of the procession in the evening. The exterior walls of the High Court were also spray-painted.

The cases were classified as "arson" and will be investigated by the Central District Investigation Team, the police said.

The HKSAR government will not condone any acts of sabotage against the Judiciary or damage to the rule of law, the Department of Justice (DoJ) said in a statement, adding that arson is a serious offence and the maximum penalty is life imprisonment.

The arson not only disrupted social peace but also undermined Hong Kong's reputation of being governed by the rule of law, the DoJ said.

Besides, a group of violent protesters vandalized shops and a bank in Causeway Bay and Wan Chai. Some participants deviated from the approved route and occupied part of Gloucester Road and Des Voeux Road Central.

The police warned against the illegal acts posing threat to public order and safety. Participants of the public event were asked not to deviate from the approved route and advised to disperse after the assembly.

The HKSAR government spokesman condemned violent incidents and said the police have the responsibility of keeping public safety and order, and must take appropriate action to stop illegal and violent acts.

He called on joint efforts of the entire community to stop violence, defend the rule of law and restore social order, while finding solutions to deep-seated problems in Hong Kong through dialogues.