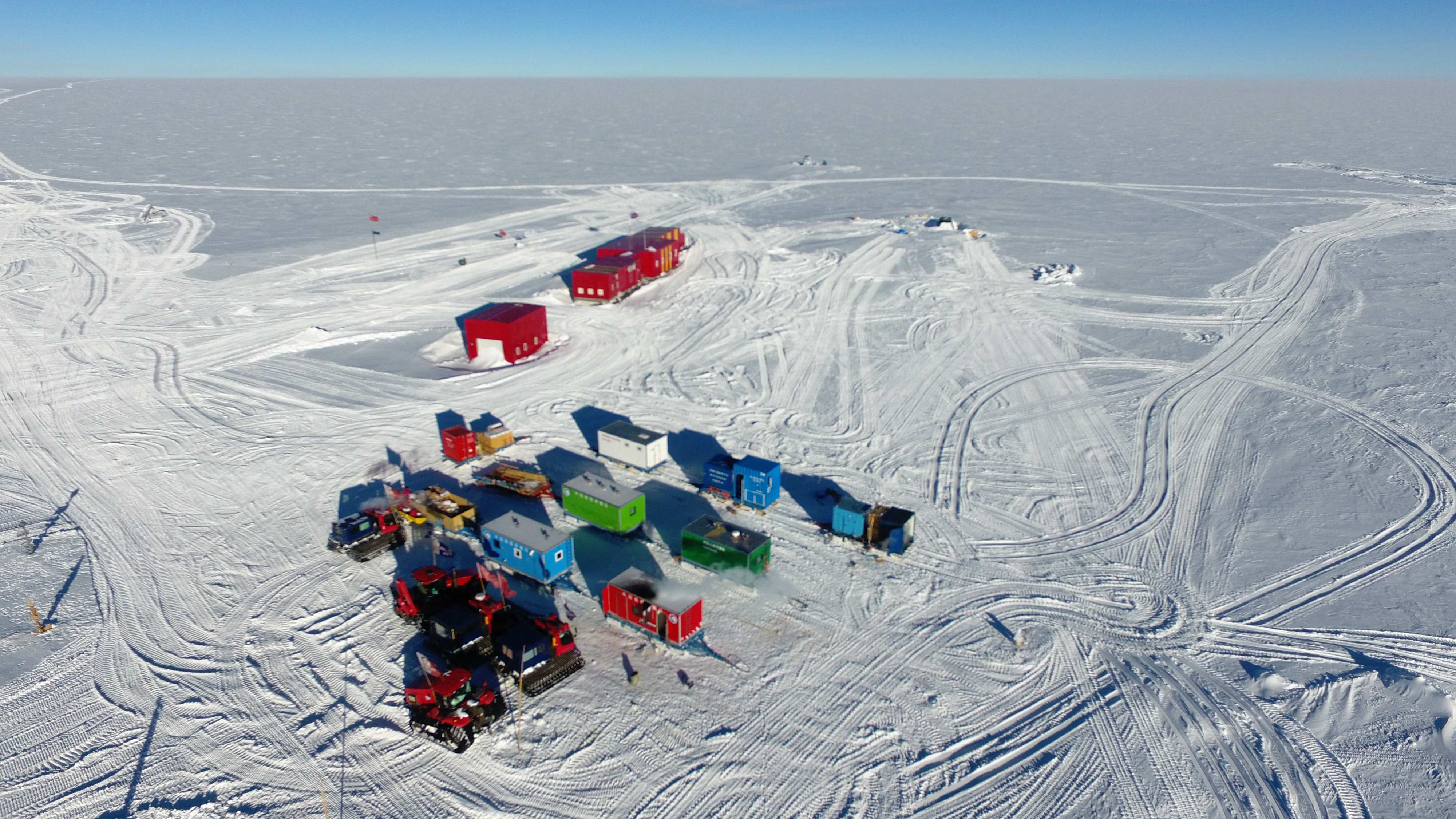 File photo taken on Jan. 23, 2019 shows the view of the campsite beside the Kunlun Station in Antarctica. (Photo: Xinhua)

Astronomers have confirmed Antarctica's Dome A, where China's Kunlun Station is located, as an observatory site with optimal seeing.

Seeing is one of the important parameters for selecting an observatory site. Astronomers can obtain clearer star photos at sites where the seeing value is smaller.

A research team from the National Astronomical Observatories, under the Chinese Academy of Sciences, measured the night-time seeing at Dome A in Antarctica with a median value of 0.31 arcseconds, with optimal seeing reaching 0.13 arcseconds.

Generally, the median values at the best sites in Hawaii and northern Chile are in the range of 0.6 to 0.8 arcseconds, which indicates that the Kunlun Station is a superior astronomical observatory site. The results lay a scientific foundation for China's further astronomical research in Antarctica.

Kunlun Station is located in Dome A, the highest point of the Antarctic inland ice sheet with an altitude of more than 4,000 meters. Built in 2009, it is China's first Antarctic expedition station.

The study was published in the journal Nature. Researchers from Australia and Canada also contributed to the research.