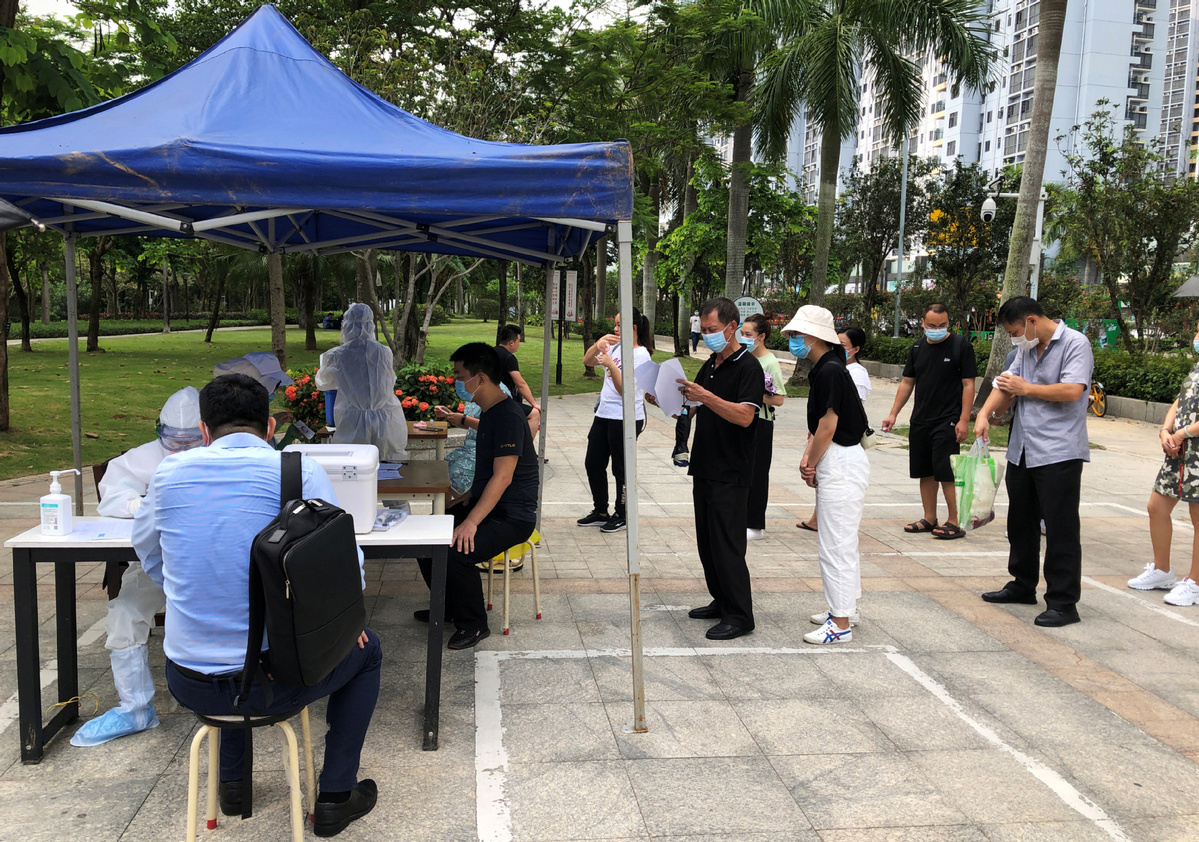 A man surnamed Yang was asymptomatic after being linked with an imported case of coronavirus in Shenzhen, Guangdong province, on Wednesday, according to the publicity department of Shenzhen's Luohu district.

Yang, 54, was transferred to Shenzhen No 3 People's Hospital for isolation, observation and treatment. He is in stable condition, the statement said.

Yang was diagnosed by local medical experts after test results came out positive twice on Wednesday, it said.

Yang, a resident in Sungang village in Shenzhen's Luohu district, had close contact with a truck driver surnamed Chan who came from the Hong Kong Special Administrative Region on Monday. The cross-border driver was found positive on Monday. Yang traveled in Chan's vehicle twice — on Sunday and Monday.

His nucleic acid test result was still negative on Tuesday. But he was found on Wednesday to be an asymptomatic carrier.

Yang's family members were quarantined, their tests came back negative on Wednesday.

In addition to being extra careful about personal hygiene, all residents in Sungang village have been advised to have coronavirus tests and try to shun parties and gatherings to prevent the virus from spreading in the village, the statement said.

It also denied rumors that Sungang village had been locked down and that classes of a local primary school had been suspended.