The treatment plan for COVID-19 patients in Suifenhe, Heilongjiang province, on the Russian border, is focused on imported cases, medical experts said at a news conference on Thursday. 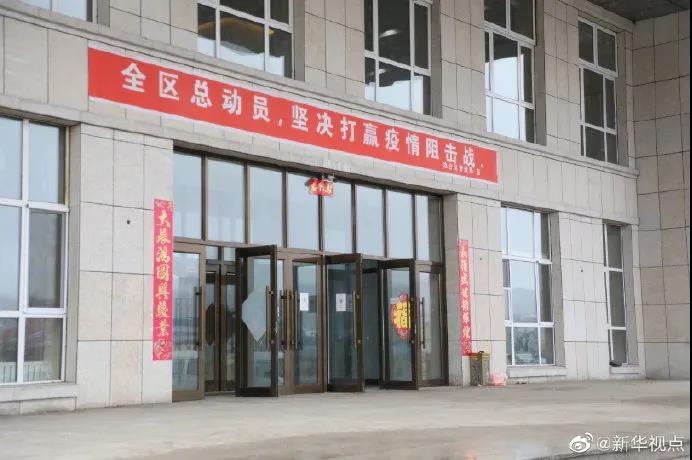 Yu Kaijiang, director of First Affiliated Hospital of Harbin Medical University and head of the provincial medical team dispatched to Suifenhe, said that all patients would be sent to designated hospitals in Suifenhe and Mudanjiang, based on their condition.

Suifenhe People's Hospital and a temporary facility that is expected to open on Saturday will receive cases of people who are infected but show no symptoms. Hongqi Hospital Affiliated with Mudanjiang Medical University will receive patients in serious condition.

All other patients will be sent to Mudanjiang Hospital for Infectious Diseases.

"Since March 31, 71 provincial-level experts in hospital administration, disease control and prevention and clinical medicine have arrived in Suifenhe and Mudanjiang to provide medical aid," Yu said. "More than 150 medical workers from Mudanjiang have begun their work in Suifenhe.

"Medical teams from the province consisting of 1,000 total experts in pneumology, intensive care and cardiology have been organized and will begin work if needed."

As of Thursday, the province had a total of 127 confirmed imported cases, 123 of which had entered the Chinese mainland via the highway port of entry in Suifenhe, according to Ge Hong, deputy director of Heilongjiang's health commission, who participated in the conference.

All of the 123 involved Chinese citizens returning from Russia. After flying from Moscow to Vladivostok, they traveled 190 kilometers by car and entered China in Suifenhe.

"The 137 asymptomatic people came from Russia by the same route, more than half of the 154 cases reported in the province," Ge said. "From March 21 to April 7, there were 2,443 people who entered China via Suifenhe. About 70 percent came from Russian cities, including Moscow, St. Petersburg and Yekaterinburg."

Wang Wenli, the mayor of Mudanjiang, said, "With the great support of Harbin Customs, the city's daily coronavirus testing capacity has improved to 600 from the previous 96."

Wang added that 4,200 hotel rooms have been prepared in Mudanjiang for quarantines.

A case of local transmission and three local asymptomatic cases were also reported.