China is forging ahead in the race to develop a vaccine to help control the COVID-19 pandemic, with Sinovac Biotech's experimental vaccine set to become the country's second and the world's third to enter final stage testing later this month, Reuters reported. 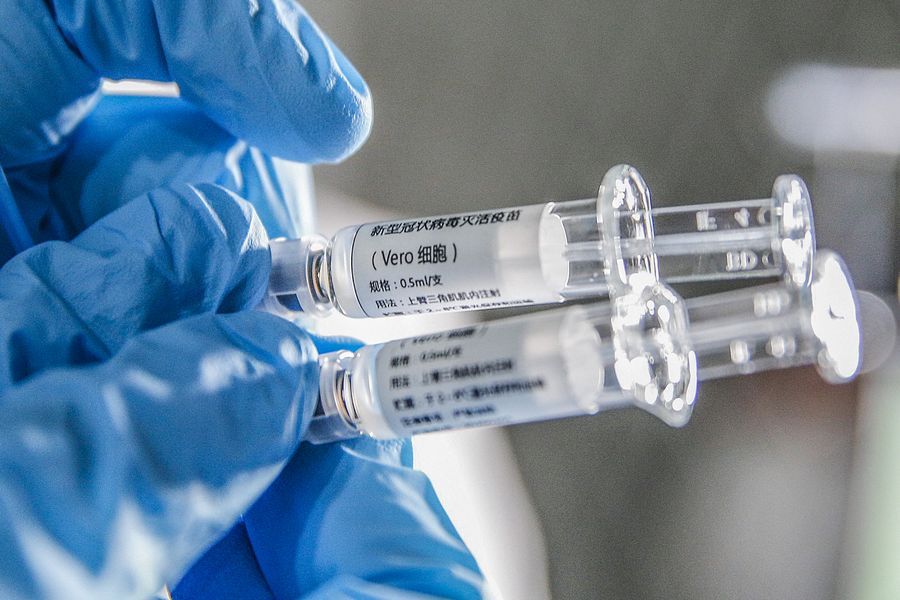 It has brought the state and private sectors together in a quest to combat a disease that has infected more than 11,874,000 people worldwide and killed more than 545,000 of them.

Meanwhile, many other countries, including the United States, are coordinating closely with the private sector to try to win the vaccine development race, and China faces many challenges.

In China, an entity, for example, completed two vaccine plants at what it called the "wartime speed" of a couple of months, while some researchers of state-owned enterprises and the military have volunteered to take experimental shots.

The People's Liberation Army's medical research unit, which has been a driving force in China's efforts to fight infectious diseases, is also working with private firms including CanSino to develop vaccines.

Challenging the West's traditional dominance of the industry, China is behind eight of the 19 vaccine candidates in human trials, with Sinovac's experimental shot and one jointly developed by CanSino and the military among the front-runners.

It is also focused mainly on inactivated vaccine technology－a technology that is well known and has been used to make vaccines against diseases such as influenza and measles－something which could raise the chances of success.

"It's a tried and true strategy," said Paul Offit, director of the Vaccine Education Center at the Children's Hospital of Philadelphia, about inactivated vaccine technology.

"If I had to pick a vaccine that I think would be the most likely to be safe and effective, it would be that one," he said. Offit is also co-inventor of the rotavirus vaccine, RotaTeq, manufactured by Merck& Co.

By contrast, Western companies such as US-based Moderna and Germany's CureVac and BioNTech are using a new technology called messenger RNA that has never before yielded a product approved by regulators.

Four of the Chinese candidates in human trials are inactivated vaccines, including Sinovac's and two vaccines from China National Biotec Group, or CNBG, a unit of state-owned China National Pharmaceutical Group, or Sinopharm.

There are only two experimental COVID-19 vaccines in final Phase III trials－one from Sinopharm and another from AstraZeneca and the University of Oxford. Sinovac's is set to become the third later this month.

To speed up the process, Sinopharm and Sinovac combined Phase I and Phase II trials for their vaccine candidates.

For CanSino's experimental vaccine, the PLA research institute played an important role, with the two working on a method using an adenovirus－a similar approach to AstraZeneca's.

The PLA has its own approval process for "military specifically-needed drugs", and approved the military use of the candidate developed by its research unit and CanSino last month.

Chen Wei, the PLA's lead scientist who has been the face of its vaccine development effort, was among the first to take the experimental COVID-19 shot developed by her team, as well as its potential SARS treatment years before, according to state media.

China has challenges, though, as the epidemic has petered out in the country, hampering efforts to conduct large trials.

It has since shifted its focus overseas, and a handful of countries have shown willingness to collaborate－the United Arab Emirates, Canada, Brazil, Indonesia and Mexico.