SHANGHAI, Aug. 10 (Xinhua) -- Due to the spread of the highly contagious Delta variant of COVID-19, the 2021 Shanghai Masters will not take place in October as scheduled, officials announced on Monday. 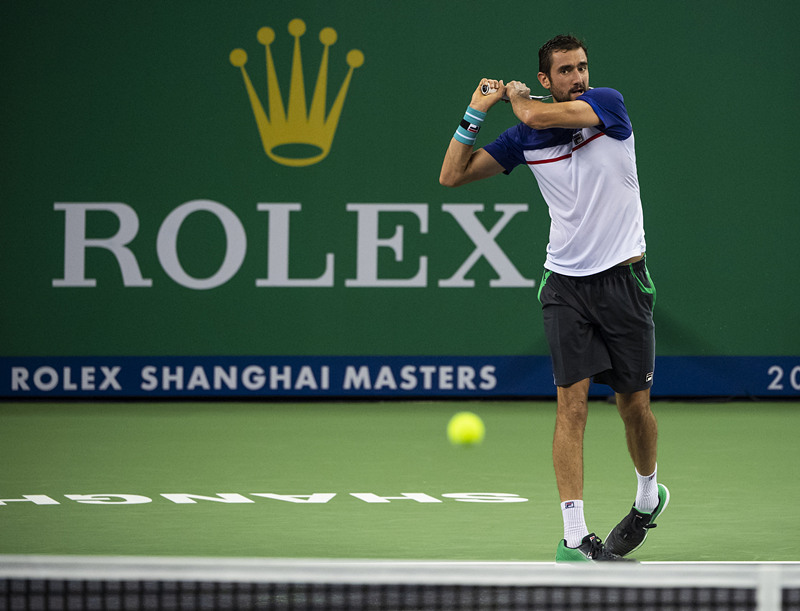 Marin Cilic of Croatia practices before the start of the Rolex Shanghai Masters at Qi Zhong Tennis Centre on October 5, 2018 in Shanghai, China. (File photo: CFP)

"After careful consultation between Shanghai Juss Event and ATP, it is decided that the Rolex Shanghai Masters will not be held this year," read a statement released by organizers Juss Event.

Having been canceled in 2020 due to COVID-19, the Shanghai Masters is removed from the ATP tournament schedule again as "the health and safety of all personnel involved will always be the primary concern."

The Shanghai Masters is one of the nine ATP Tour Masters 1000 events on the ATP Tour, and the only one played outside Europe or North America. Singles and doubles champions will receive up to 1000 ATP Rankings points.

Novak Djokovic holds the record for most singles titles with four, followed by Andy Murray's three and Roger Federer's two.

The Chengdu Open and Zhuhai Championships (ATP 250s) have also been canceled.