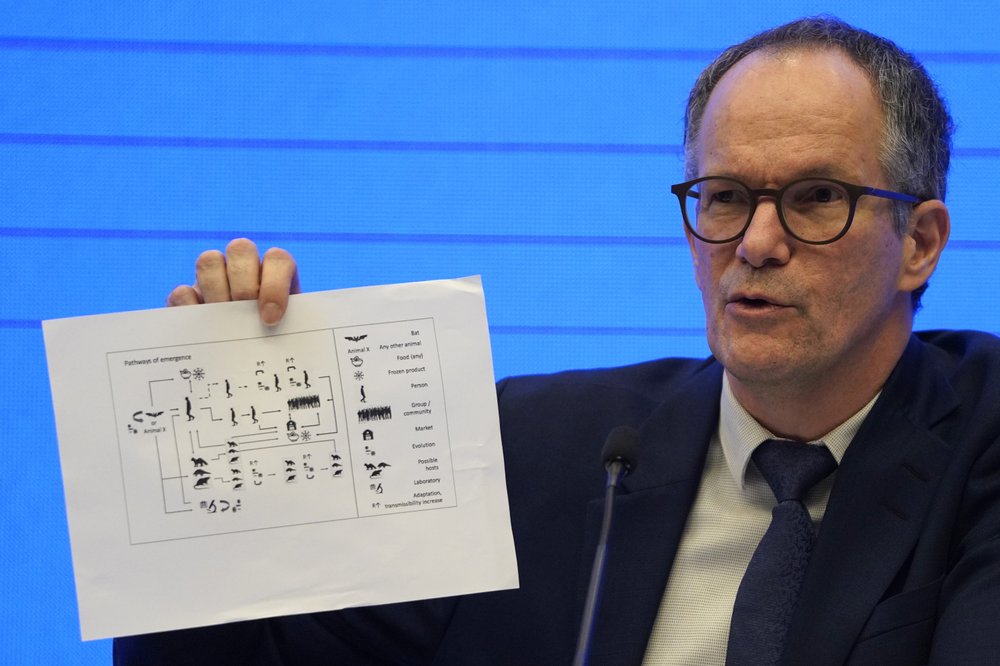 Peter Ben Embarek, of the World Health Organization team holds up a chart showing pathways of transmission of the virus during a joint press conference held at the end of the WHO mission in Wuhan in Central China's Hubei Province on Tuesday, Feb. 9, 2021. (Photo: AP)

Ministry of Foreign Affairs spokesperson Hua Chunying made the remarks about a Washington Post article which, citing Danish media, reported that study team leader Dr Peter Ben Embarek did not rule out the lab leak theory.

The Washington Post report was "fake news," Hua said at a daily press briefing in Beijing.

The China-WHO joint study was completed in full accordance with the procedure of the organization and was proven valuable, authentic and scientific enough to serve as the basis and guidance for the global COVID-19 origin tracing effort, Hua stressed.

"Any attempt to overturn or distort the report is political manipulation, and shows disregard for global scientists and science." Hua said.

"As head of the WHO investigation team, Embarek has always been a defender of the report,” Hua said. "The director of the Wuhan Institute of Virology Yuan Zhiming also refuted the lab leak theory again on Friday at the press conference on COVID-19 origin tracing for diplomatic envoys."