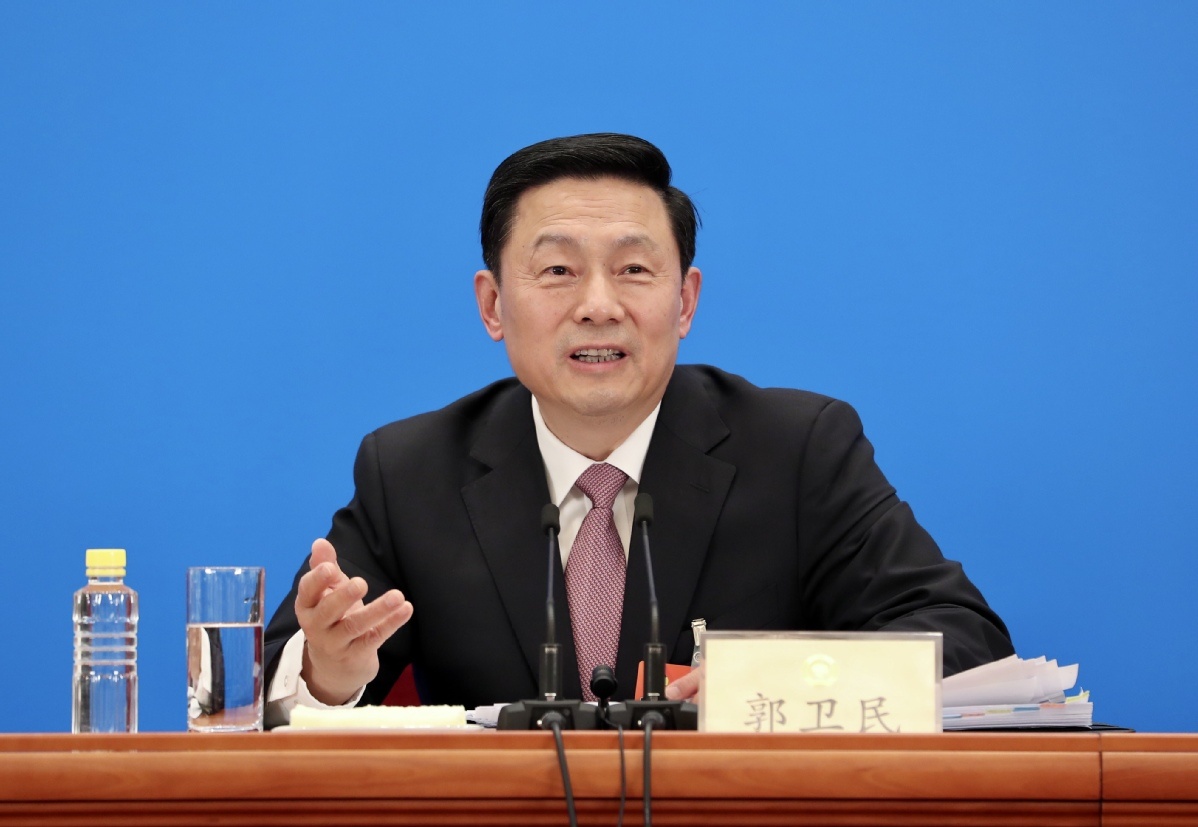 Guo Weimin, spokesman of the fourth session of the 13th CPPCC National Committee, speaks during a news conference via video link in Beijing, on March 3, 2021. (Photo: China Daily)

Attempts to boycott the Beijing 2022 Olympic and Paralympic Winter Games are vain efforts that are doomed to fail, a spokesman with China's top political advisory body said on Wednesday.

Guo Weimin, a spokesman for the fourth session of the 13th National Committee of the Chinese People's Political Consultative Conference, said during a news conference that actions by certain foreign politicians to politicize sports and disrupt the Beijing 2022 Games are against the spirit of the Olympic Charter.

"We believe such actions will not win the support of the international community," he said. "Such plots are not going to prevail."

Guo added that some foreign leaders, including officials from the International Olympic Committee, have voiced their opposition to such actions, and preparations for the Games are going smoothly in spite of the COVID-19 pandemic.