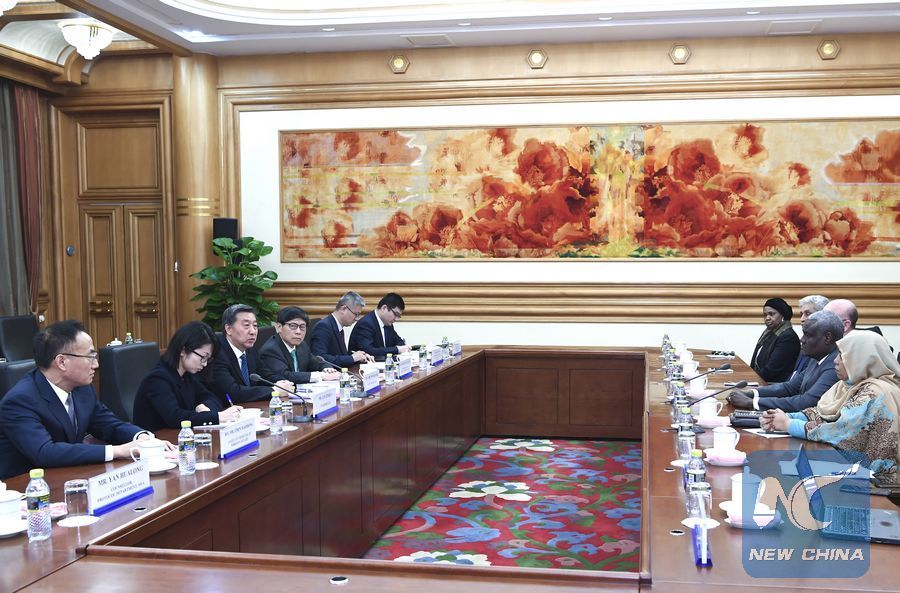 Having expressed the conviction that their partnership is an example of solidarity among peoples based on mutual respect and benefits, the African Union (AU) and China have vowed to further strengthen their partnership.

The chairperson of the AU Commission, Moussa Faki Mahamat, on Friday concluded a two-day visit to China at the invitation of the Chinese foreign minister, Wang Yi.

The chairperson on Thursday held a meeting with Wang, followed by strategic dialogue consultations between the AU Commission and China, according to a statement from the pan-African bloc on Friday.

The AU Commission chairperson on Friday met with Chinese State Councillor Wang Yong, while members of the AU delegation visited the Chinese Center for Disease Control and Prevention and the Huawei Beijing Executive Briefing Center.

The meetings with the Chinese interlocutors have provided an opportunity to review various aspects of the partnership and agree on steps to enhance it, in furtherance of the first 10-year implementation plan of the AU Agenda 2063 and the UN Agenda 2030, the statement.

The two sides have reaffirmed their commitment to promoting multilateralism and the role of the United Nations against the backdrop of evolving and complex global challenges.

They have expressed the conviction that their partnership is an example of solidarity among peoples based on mutual respect and benefits, noting that Africa and China together represent more than one-third of humanity and share a history of external domination.

In this respect, the AU Commission delegation has reiterated its gratitude to China for its support to the liberation of the continent, the statement said.

They have also agreed to proactively work toward a better representation of Africa in the international system, including in the UN Security Council, as part of a new global governance system.

According to the statement, China has welcomed the planned establishment of an AU Office in Beijing to ensure effective and timely follow-up of the China-Africa partnership, and committed to supporting the setting up of the office.

This representation will also support the work of the African Group of Ambassadors in Beijing, to ensure alignment with AU positions, said the statement, recalling that China has established a permanent mission to the AU since 2015.

The two sides have also discussed China's support to the AU Centers for Disease Control and Prevention (Africa CDC), and China agreed to expedite the construction and equipping of the Africa CDC, within the framework of the five-year strategic plan developed by the Africa CDC in collaboration with international partners, including China.

The Africa CDC was launched in 2017, with support from China and the United States, and in its short lifespan, it has made commendable contributions, including technical support to member states in response to outbreaks of infectious diseases, the statement said.

The two sides have also commended the results achieved within the Forum on Africa-China Cooperation (FOCAC), and looked forward to the Fourth FOCAC Summit scheduled to take place in Beijing in September 2018.

They have acknowledged the important role of the AU Commission, and agreed to work together in further strengthening the mechanism.

China hailed the launch of the Single African Air Transport Market during the AU summit of January 2018, acknowledging the anticipated increase in the volume of air traffic, flight operations and emergence of new routes.

China has agreed to support Africa's efforts, largely through investing in the development and operation of aviation infrastructure.

The two sides have also underlined the need to significantly scale up air connections between China and Africa, which would include promoting an open skies agreement, which would allow carriers of both sides wider access to their respective markets and support the increase in the number of Chinese tourists to Africa.