CHINA Audio apps on the rise in China

Audio apps on the rise in China 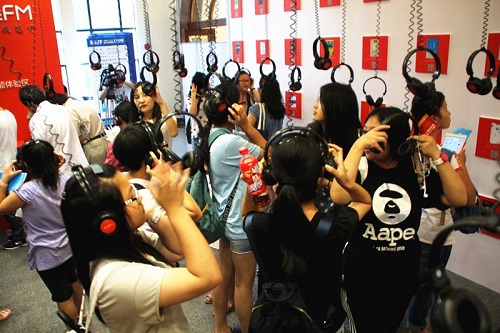 Audio apps are growing in popularity among Chinese smartphone users as an alternative to reading, prompting the creation of more for-pay copyright-protected original content. (File photo)

As tight schedules prevent ever more Chinese commuters from focused reading, audio apps are becoming a popular alternative. Removed of time and space constraints, audiobooks and other audio entertainment programs are growing fast among millions of Chinese users.

"Every night I turn on soft music and listen to an episode of a storytelling program to relax," said Wang Zhiquan, an office worker in his 30s living in Shanghai.

According to the National Reading Survey released this year, more than 20 percent of Chinese people have become regular listeners of online programs from a variety of mainstream platforms that provide audio content.

For instance, Ximalaya FM, one of the most popular audio apps, has received 150 million visits to its bestseller audiobook service, in addition to its live streaming videos and radio channels, constituting about half the traffic to the entire platform, the Workers' Daily reported.

According to an anonymous staff member from the platform, active users often listen for three hours a day on average, and the most frequent listeners are able to finish more than 15 audiobooks in one year.

Rising awareness of copyright protection means more Chinese users don't object to being charged for the content they are consuming, which has spawned higher-quality production and attracted online business giants like Dangdang.com, JD.com and Zhihu.com to join in.

"When paid service becomes a matter of routine for online users, it demonstrates not only society's concern and respect for the protection of intellectual property rights, but it also rewards the dedication of content producers, which inspires them to do even better in the future," said an industrial insider in a recent interview with the Workers' Daily.

Moreover, unlike initial prototypes, which offered a massive selection of listening programs which were largely homogenous from one platform to another, today's audio apps feature more specific categorization and targeted offerings, allowing users to discriminate between options and platforms.

According to the Workers' Daily, similar to the trajectory of online video websites, audio platforms are expected to evolve from vying for sources and rankings to competing in the creation of original, copyright-protected content as a sustainable source of profits.