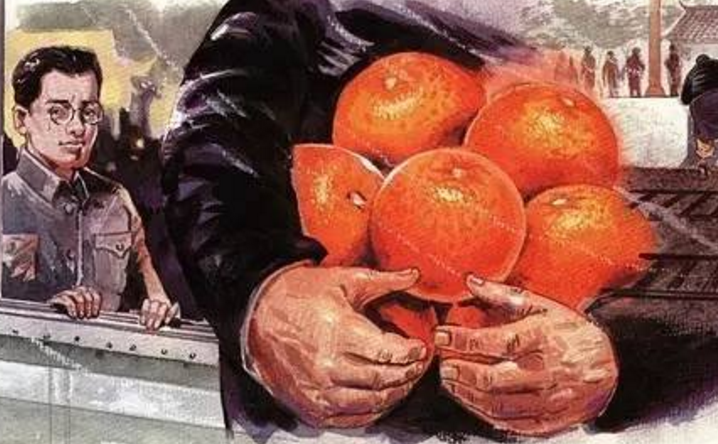 It is more than two years since I last saw father, and what I can never forget is the sight of his back. Misfortunes never come singly. In the winter of more than two years ago, grandma died and father lost his job. I left Beijing for Xuzhou to join father in hastening home to attend grandma's funeral. When I met father in Xuzhou, the sight of the disorderly mess in his courtyard and the thought of grandma started tears trickling down my cheeks.

Father said, "Now that things've come to such a pass, it's no use crying. Fortunately, Heaven always leaves one a way out."

After arriving home in Yangzhou, father paid off debts by selling or pawning things. He also borrowed money to meet the funeral expenses. Between grandma's funeral and father's unemployment, our family was then in reduced circumstances. After the funeral was over, father was to go to Nanjing to look for a job and I was to return to Beijing to study, so we started out together.

I spent the first day in Nanjing strolling about with some friends at their invitation, and was ferrying across the Yangtse River to Pukou the next morning and thence taking a train for Beijing on the afternoon of the same day. Father said he was too busy to go and see me off at the railway station, but would ask a hotel waiter that he knew to accompany me there instead. He urged the waiter again and again to take good care of me, but still did not quite trust him. He hesitated for quite a while about what to do. As a matter of fact, nothing would matter at all because I was then twenty and had already travelled on Beijing-Pukou Railway a couple of times. After some wavering, he finally decided that he himself would accompany me to the station. I repeatedly tried to talk him out of it, but he only said, "Never mind! It won't do to trust guys like those hotel boys!"

We entered the railway station after crossing the River. While I was at the booking office buying a ticket, father saw to my luggage. There was quite a bit of luggage and he had to bargain with the porter over the fee. I was then such a smart aleck that I frowned upon the way father was haggling and was on the verge of chipping in a few words when the bargain was finally clinched.

Getting on the train with me, he picked me a seat close to the carriage door. I spread on the seat the brownish fur-lined overcoat he had got tailor made for me. He told me to be watchful on the way and be careful not to catch cold at night. He also asked the train attendants to take good care of me. I sniggered at father for being so impractical, for it was utterly useless to entrust me to those attendants, who cared for nothing but money. Besides, it was certainly no problem for a person of my age to look after himself. Oh, when I come to think of it, I can see how smarty I was in those days!I said, "Dad, you might leave now." But he looked out of window and said, "I'm going to buy you some tangerines. You just stay here. Don't move around."

I caught sight of several vendors waiting for customers outside the railings beyond a platform. But to reach that platform would require crossing the railway track and doing some climbing up and down. That would be a strenuous job for father, who was fat.

I wanted to do all that myself, but he stopped me, so I could do nothing but let him go. I watched him hobble towards the railway track in his black skullcap, black cloth mandarin jacket and dark blue cotton-padded cloth long gown. He had little trouble climbing down the railway track, but it was a lot more difficult for him to climb up that platform after crossing the railway track.

His hands held onto the upper part of the platform, his legs huddled up and his corpulent body tipped slightly towards the left, obviously making an enormous exertion. While I was watching him from behind, tears gushed from my eyes. I quickly wiped them away lest he or others should catch me crying. The next moment when I looked out of the window again, father was already on the way back, holding bright red tangerines in both hands.

In crossing the railway track, he first put the tangerines on the ground, climbed down slowly and then picked them up again. When he came near the train, I hurried out to help him by the hand. After boarding the train with me, he laid all the tangerines on my overcoat, and patting the dirt off his clothes, he looked somewhat relieved and said after a while, "I must be going now. Don't forget to write me from Beijing!" I gazed after his back retreating out of the carriage. After a few steps, he looked back at me and said, "Go back to your seat. Don't leave your things alone." I, however, did not go back to my seat until his figure was lost among crowds of people hurrying to and fro and no longer visible. My eyes were again wet with tears. 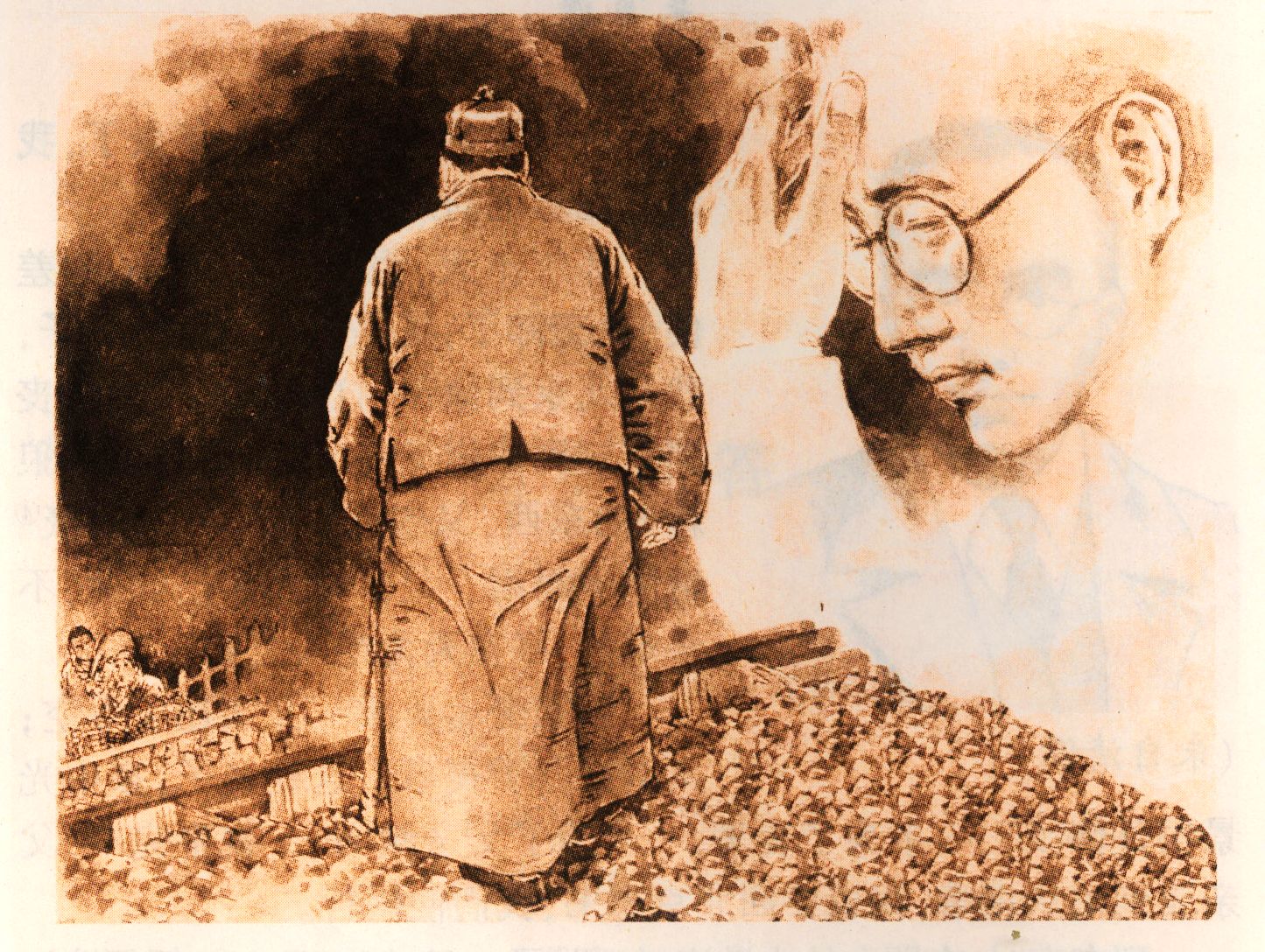 In recent years, both father and I have been living an unsettled life, and the circumstances of our family going from bad to worse. Father left home to seek a livelihood when young and did achieve quite a few things all on his own. To think that he should now be so downcast in old age!

The discouraging state of affairs filled him with an uncontrollable feeling of deep sorrow, and his pent-up emotion had to find a vent. That is why even mere domestic trivialities would often make him angry, and meanwhile he became less and less nice with me. However, the separation of the last two years has made him more forgiving towards me. He keeps thinking about me and my son. After I arrived in Beijing, he wrote me a letter, in which he says. "I'm all right except for a severe pain in my arm. I even have trouble using chopsticks or writing brushes.

Perhaps it won't be long now before I depart this life." Through the glistening tears which these words had brought to my eyes I again saw the back of father's corpulent form in the dark blue cotton-padded cloth long gown and the black cloth mandarin jacket. Oh, how I long to see him again.

Zhu Ziqing is a distinguished essayist in the history of Chinese modern literature. His prose is known for the unique characters of freshness, simplicity and gracefulness. Many of his works have become the popular classics and are selected into the teaching materials for middle school students.