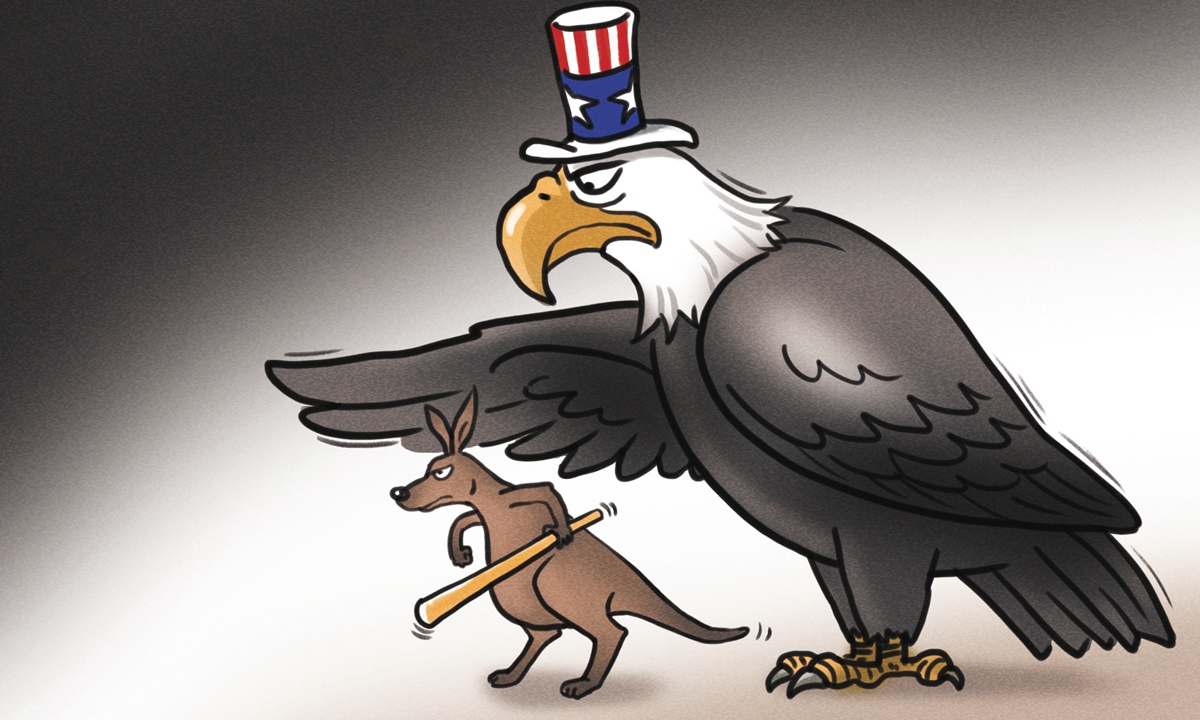 The Chinese mission to the UN in Vienna warned in an exclusive statement sent to the Global Times on Sunday that the latest move by AUKUS to plan to expedite Australia's nuclear submarine construction is a blatant defiance of and trampling on the international nuclear non-proliferation system, and is an act of nuclear proliferation under the pretext of "naval nuclear propulsion."

A spokesperson of the Chinese mission to the UN and other international organizations in Vienna made the comment after leaders of the US, UK and Australia said on Friday marking the one-year anniversary of the AUKUS security pact that they have made "significant progress" toward Australia acquiring a nuclear-powered submarine.

In disregard of the serious concerns of the international community on the trilateral nuclear submarine deal, the US is insisting on and even making reckless remarks about accelerating the deal, which is a blatant defiance of and trampling on the international nuclear non-proliferation system, the spokesperson told the Global Times in the statement.

China has repeatedly pointed out that the nuclear submarine deal among the three countries violates the Treaty on the Non-Proliferation of Nuclear Weapons (NPT), the IAEA Comprehensive Safeguards Agreement (CSA) and Additional Protocols (AP). It is an act of nuclear proliferation under the pretext of "naval nuclear propulsion," the statement noted.

The US regards China as an "imaginary enemy." The act of inciting Indo-Pacific competition seriously undermines regional peace and stability, which shows that the US has a wrong understanding of China, of the world and of itself, it said.

We hope that the US side will abandon the Cold War mentality, abandon the use of nuclear submarine cooperation among the three countries to contain China, abandon the trampling of international rules for geopolitical purposes, and work with China to implement the important consensus of the two heads of state, and practice mutual respect, peaceful coexistence, win-win cooperation, and shoulder the responsibility of a major country, read the statement.

Leaders of the US, UK and Australia said in a statement on Friday "We are steadfast in our commitment to Australia acquiring this capability at the earliest possible date," according to Reuters.

The Biden administration is exploring an arrangement to expedite Australia's acquisition of nuclear-powered submarines to respond to China's growing military might by producing the first few submarines in the US, The Wall Street Journal reported on Saturday, citing some Western officials.

The idea is to provide Australia with an initial nuclear-powered fleet by the mid-2030s, while a longer-term effort is under way to give Australia the capability to produce nuclear-power submarines at home, according to The Wall Street Journal.

Chinese experts warned that Australia should also be alert that it is sleepwalking into a US trap to serve as the latter's pawn in the US' strategy against China. But they also believed that it would not be easy to implement the plan given the lack of spare shipbuilding capacity in the US and in Britain.

In August, the US admiral in charge of building new Columbia-class ballistic missile submarines said producing nuclear-power subs for Australia would interfere with the US' efforts to build its own submarines unless a major effort was made to expand the American industrial base, according to the Wall Street Journal.

It is questionable how feasible the plan actually is, Chen Hong, president of the Chinese Association of Australian Studies and director of the Australian Studies Centre at East China Normal University, told the Global Times on Sunday.

The nuclear-powered submarine deal under AUKUS is a blatant, irresponsible act of nuclear proliferation, and once again proves that AUKUS countries are practicing a "double standard" on nuclear non-proliferation and using the deal as a tool for geopolitical gamesmanship, Ambassador Wang Qun, China's Permanent Representative to the United Nations in Vienna, told the Global Times in a recent exclusive interview.

Song Zongping, a Chinese TV commentator, warned it is already a fact that the US is dedicated to nuclear weapons proliferation.

But more importantly, the US is pushing its frontier against China to Australia by weaponizing Australia with nuclear submarines. The Australia's nuclear-submarine fleet would be a squadron of and be controlled by the US, Song noted.

In the Friday statement, the AUKUS leaders - US President Joe Biden, UK Prime Minister Liz Truss and Australian Prime Minister Anthony Albanese - also said they had made "significant strides" in other areas, including hypersonic weapons, cyber, electronic warfare capabilities and additional undersea capabilities, according to Reuters.

Chen warned that by enhancing cooperation under AUKUS in these aspects, Australia does not understand that it is actually sleepwalking into a trap to serve as a pawn for the US' strategy against China.

Currently, the nuclear-powered submarine deal under AUKUS attracts the most attention, but cooperation under AUKUS is far more complex as the organization's long-term strategic aim is to contain China's development, Chen noted.

Australia is being pushed into the teeth of the storm in the US' strategy against China. It should be on high alert that it probably is sacrificing its own national security for other countries' national interests, Chen warned.