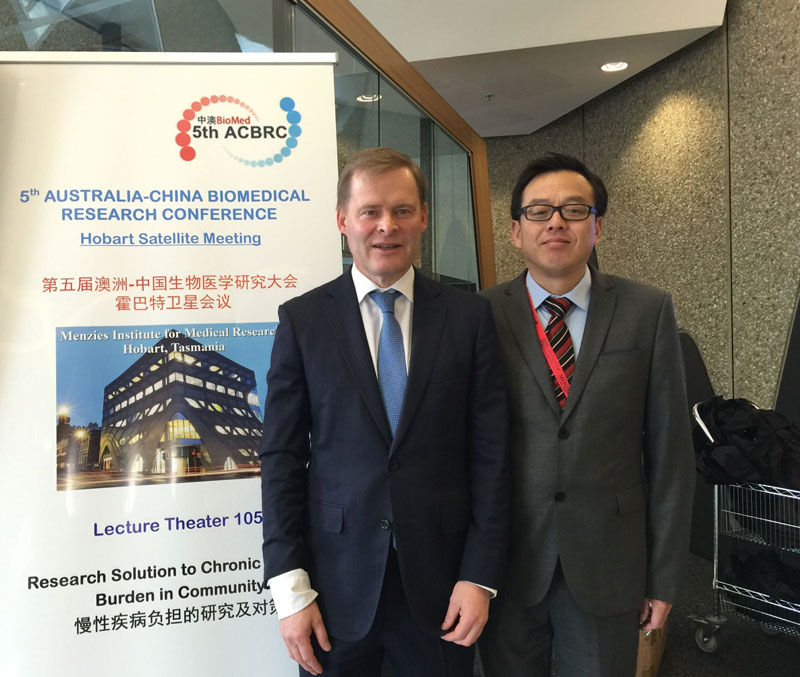 Members from the Australia-China Centre of Tissue Engineering and Regenerative Medicine (ACCTERM) met in Australia this week to discuss strategy and reaffirm a shared commitment to biomedical research.

A strategic discussion meeting was held on Thursday at the Queensland University of Technology (QUT) campus, and Friday saw a formal scientific conference take place in Cairns.

ACCTERM was established in 2013 to help the two countries achieve targets in the field of stem cell research and advance applications in regenerative treatment.

Director in ACCTERM Yin Xiao told Xinhua that ACCTERM focuses mostly on two areas -- training the next generation of scientists to enter the field, and creating partnerships between scientists and industry to facilitate research being put into practice.

"We've made quite a lot of good outcomes from this partnership," Xiao said.

"You have a lot of early career researchers including som PhD trainees, and we've trained quite a lot."

Partnership with companies in both countries are also crucial to the organization's goals, Xiao explained.

The meeting on Thursday included a sharing of achievements by collaborators from the two countries as well as the signing of two new memorandums of understanding.