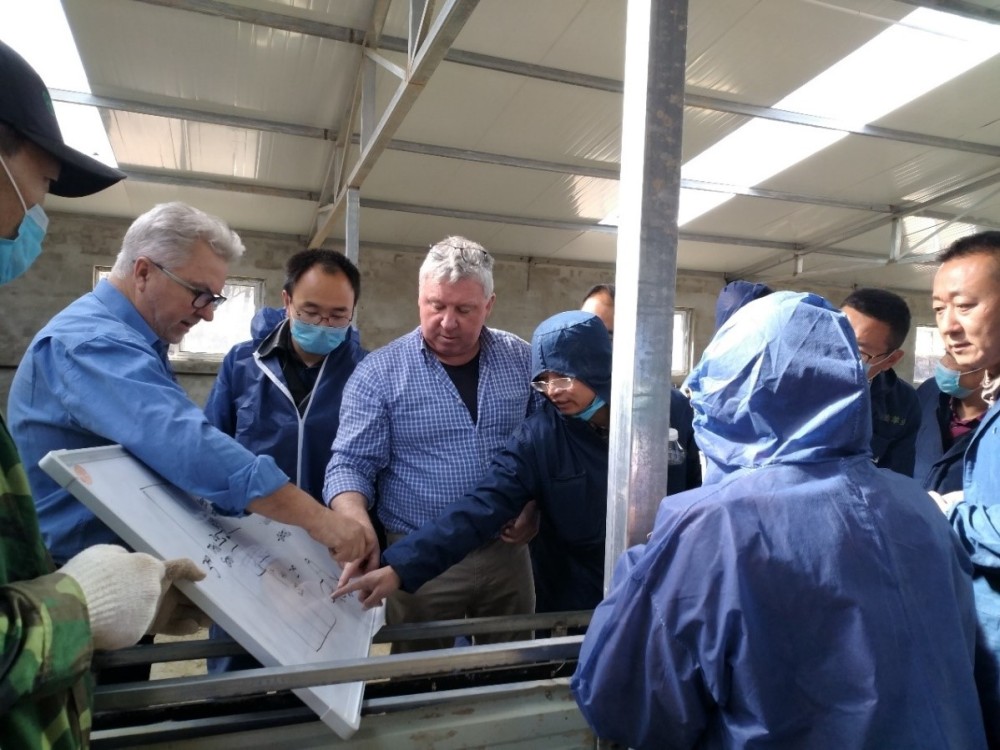 David Osborn, an Australian expert raising sheep for meat, has 35 years of experience in sheep breeding and management. In recent years, he has brought his expertise to a county in northwest China's Gansu Province, expecting to facilitate the development of the sheep breeding industry there.

Huanxian County has suffered poverty for decades due to the harsh environment. In the past, the local government supported the sheep industry as an economic pillar, but outdated technologies and management style hampered the efforts.

In June 2018, Osborn, 58, attended an international conference in Gansu, and his speech about sheep breeding technologies fascinated attendees, among whom was Li Guozhi, a local businessman.

"Quality breeds of sheep, enabled by advanced technologies, could mean more lambs with more meat, hence more money. By introducing them to the breeders, we could accelerate the timeline for local anti-poverty efforts," said Li, who decided to invite Osborn as a chief technology officer for his sheep meat breeding company in Huanxian.

Since the sheep that local sheepherders raise come from Li's company, the improvement of sheep quality in Li's company means that sheepherders can purchase higher standard sheep and make higher profits.

Osborn took advantage of the offer. In addition, he promised the aid of more foreign talent.

"The lack of technology would be the main factor affecting the success of helping small farmers out of poverty," Osborn said after visiting local sheep farms in Huanxian, adding that he believed the poverty-reduction scheme was a very worthy project and one which they should ensure be successful.

Two months later, Osborn's team arrived in Huanxian County with advanced technology such as the operation of laparoscopic artificial insemination with frozen semen and the introduction of quality genetics.

A hybrid lamb of a local Hu breed and an Australia breed was finally born in June 2019. It weighed 6.2 kg, more than three times that of a Hu lamb.

The good news cheered people up, including Li and local sheep breeders.

In the past two years, Osborn has paid over 10 visits to Huanxian and introduced local farms to over 20 experts from countries like Australia and Britain in sheep feeding, nutrition and health management.

"Now when I come to Gansu it feels like I am coming home," Osborn said.

In 2019, Osborn was given an award by the provincial government for his contribution to the local anti-poverty project. "This is one of the greatest things a government can do by investing money and resources to help those in poverty," he said.