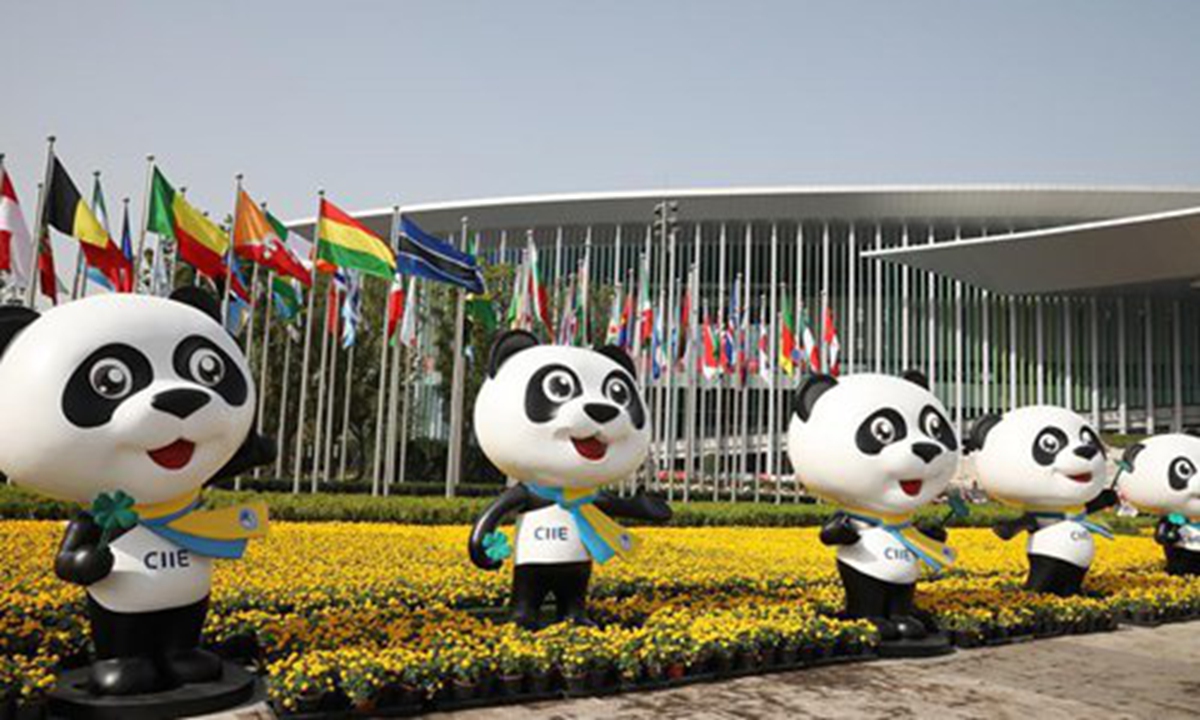 Despite the fact that relations between China and Australia seem to be in a downward spiral, perhaps it's time to feel more optimistic about the two countries' economic and trade ties, since a good number of Australian companies still appear enthusiastic about the Chinese market.
Nearly 200 Australian companies will take part in the third China International Import Expo (CIIE) that is scheduled to be held in Shanghai from November 5 to 10, marking the highest number yet of Australian companies participating in the national-level event, according to a news report posted on Tuesday on the official website of China's Ministry of Commerce, citing the Australian Trade and Investment Commission.
At a time when some Western media outlets are hyping a "shadow trade war" by China against Australia in retaliation for the latter's political hostility, the strong presence of Australian companies at CIIE demonstrates a basic belief among market players that China will not randomly suppress Australian businesses without justification.
As the world's first import-themed national-level expo, the CIIE is regarded as an important event during which the Chinese government hopes to further its agenda of opening-up and deepening economic ties with the outside world. The news on the website of the Ministry of Commerce could, to a certain extent, be seen as a signal that China's willingness to maintain ties with Australian businesses remains unchanged.
Despite concerns about the impact of political tensions on China-Australia trade, from China's perspective, there is little point in wasting time to clarify what should already be obvious fact: China has no intention of deliberately cracking down on Australian companies.
If any Australian companies or industries feel that they are being targeted, perhaps they need to first look at themselves. In recent months, some in Australia have spared no effort in politicizing the Chinese tariffs on Australian barley, suspension of beef imports from some Australian abattoirs, and the ongoing anti-dumping and anti-subsidy probes into Australian wine, with no regard to the facts that all the relevant decisions were made based on evidence, domestic industrial complaints and Chinese laws.
Of course, it is undeniable that the deteriorating relations between the two countries have dealt a heavy blow to market confidence, which may have impacted the judgment of some companies about bilateral trade prospects. But that doesn't mean there are no bright spots to be seen in China and Australia's economic and trade exchanges, something that is reflected in the interest and confidence of Australian companies in the Chinese market.
If Canberra can stop poisoning its relationship with China by launching repeated political attacks, then perhaps what Australian businesses could receive at the CIIE will help the market regain a little confidence in bilateral trade.