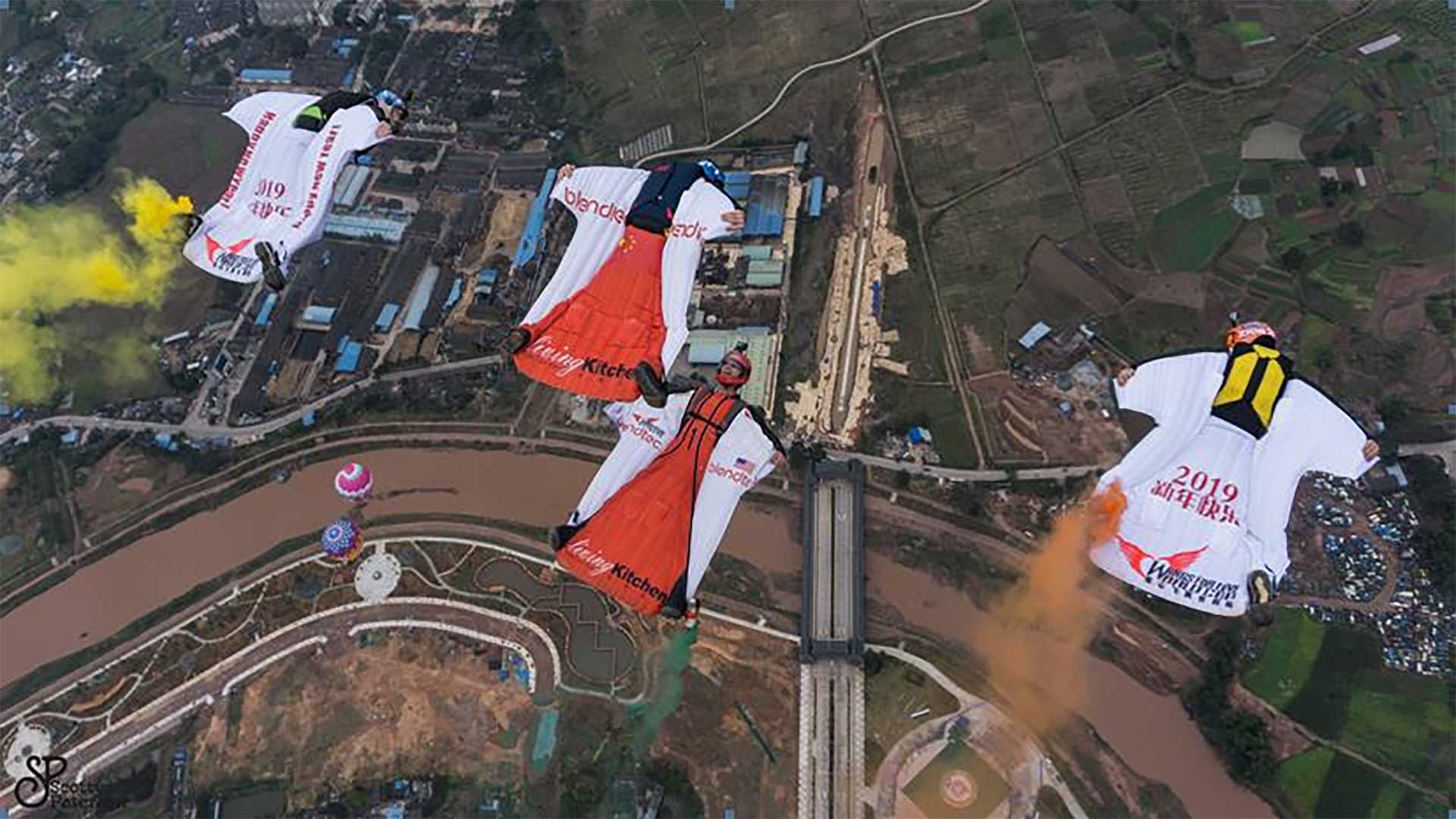 A total of 15 world top wingsuit flyers from 11 countries and regions participated in the three-day event held in Yunnan's Jinggu Dai and Yi Autonomous County.

The flyers were required to jump from a helicopter at an altitude of 1,000 meters and land as close as possible to a target on the ground after passing through a 20-meter-wide gap between two hot air balloons at a height of 200 meters.

Paterson took the lead after the second round on Saturday, and in Sunday's last round he made an accurate landing after a successful flight, missing the target by 0.1 meters. The Australian recorded an aggregate result of 0.41 meters in three rounds.

Vincent Cotte from France and Patrick Walker from the United States finished second and third respectively.

The tournament's prize money will be donated to impoverished local children, according to Xu Kai, head of the organizing committee.