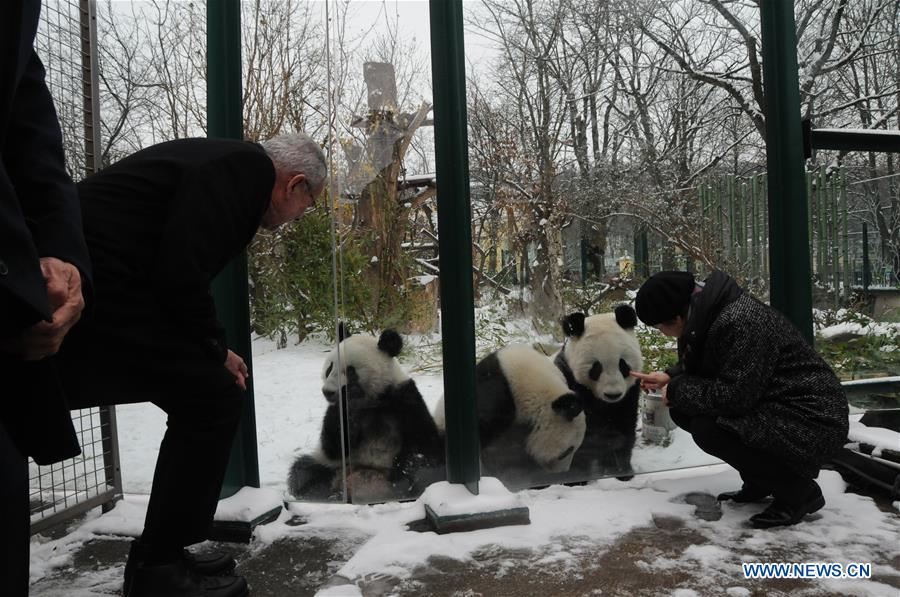 The twins traveled by air from Vienna on Sunday local time, stopped in Frankfurt for one night, and arrived in Chengdu at 2:55 a.m. Tuesday. 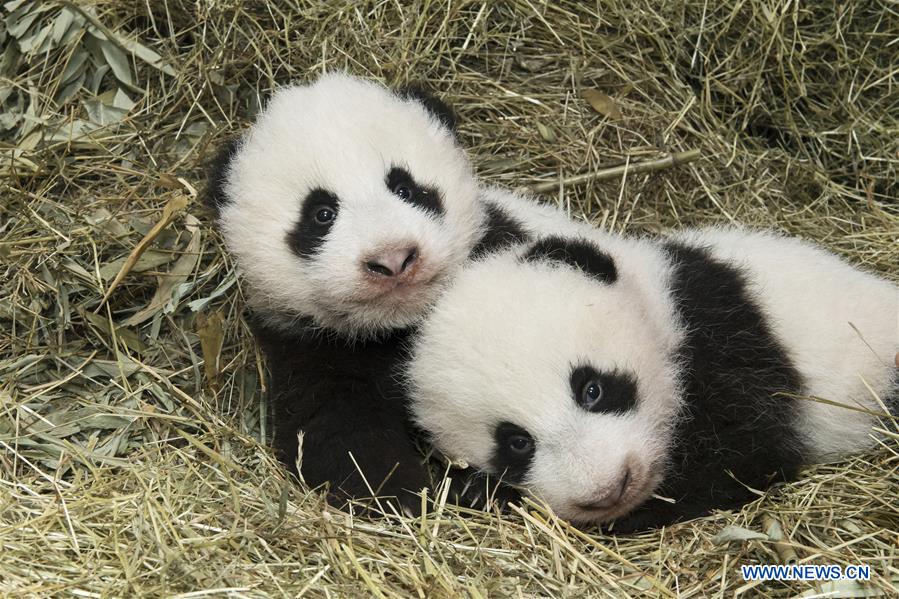 The photo taken on Oct. 27, 2016 shows the twin panda cubs "Fu Feng" (L) and "Fu Ban" born in Schoenbrunn Zoo in Vienna, Austria. The male cub is named "Fu Ban" meaning "lucky half" according to online vote and the zoo chose the name for the female cub as "Fu Feng", with "feng" referring to "phoenix". (Xinhua/Schoenbrunn Zoo/Daniel Zupanc)

The twins were born on Aug. 7, 2016, in Austria. Fu Feng, female, weighs 60 kg. She is naughty and loves bamboo shoots and sweet potato. Fu Ban, male, weighs 55 kg. He is sociable and curious, and loves climbing and playing in the snow.

The twins will be kept in quarantine for a month at Shenshuping protection base in Wolong National Nature Reserve. A zookeeper from Vienna has accompanied the twins to China and will help them settle.

China Conservation and Research Center for Giant Pandas has established giant panda cooperation with 15 zoos in 13 countries. A total of 32 Chinese giant pandas have been to the zoos, giving birth to a total of 19 cubs.