China launched a nationwide inspection over the safety of vaccines amid a huge public outcry after evidence showed one of the country's largest vaccine makers fabricated data and provided substandard vaccines to children. 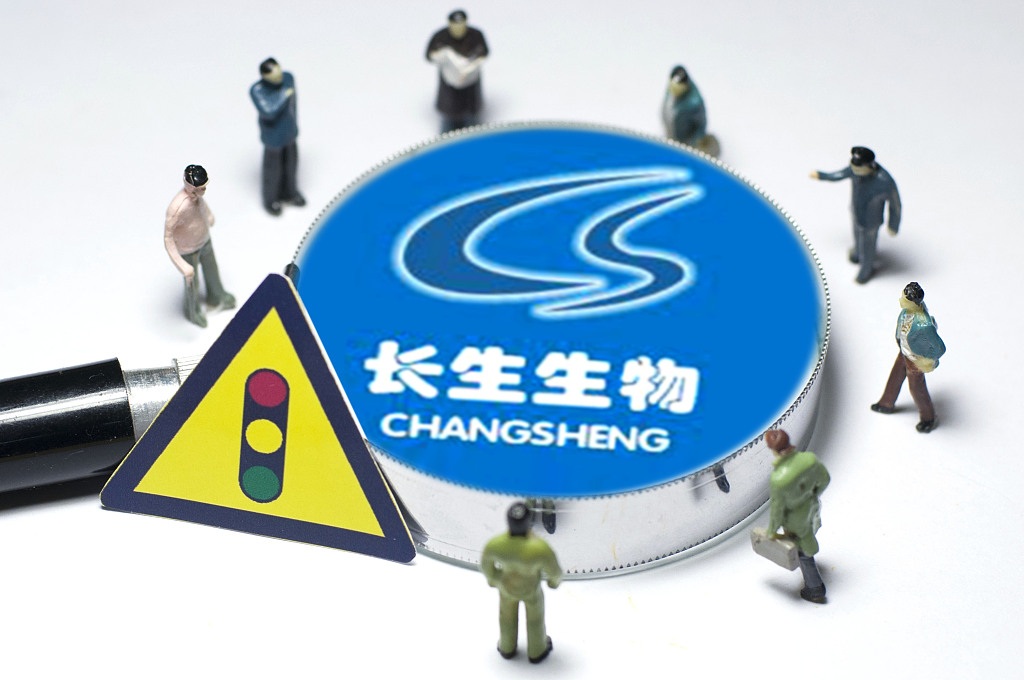 Changsheng Biotechnology Corporation, the country's second-largest maker of rabies vaccines and a major producer of vaccines for children, apologized in a statement late Sunday, saying that the company has stopped its production of DPT vaccines and felt very "guilty" and "regretful" to inoculators and investors.

A notice published on the company's website on Thursday said its subsidiary, Changchun Changsheng, in Northeast China's Jilin Province, received an administrative penalty, which claimed that the diphtheria-pertussis-tetanus (DPT) vaccine produced by the company failed to meet drug standards.

The National Food and Drug Administration (NFDA) and Jilin drug authorities have turned over to the police those suspected of criminal liability in the case, the NFDA said on Sunday,  China Central Television reported.

The NFDA said they did not find any quality issues in the vaccines on the market and will conduct laboratory tests on the company's sample products.

The penalty was in response to media reports in November, when drug authorities in East China's Shandong Province recalled 252,600 doses of DPT vaccine. Another 400,520 went to Southwest China's Chongqing Municipality and North China's Hebei Province.

Three days prior to the fine, the drug regulator withdrew a manufacturing permit for the company over data fraud.

The NFDA said Sunday that since February it has been making arrangements for a repeat dosage of those who bought the products from the company, without further elaboration.

Although the NFDA said the rabies vaccines were intercepted before they reached the market, the two scandals have quickly trended on China's social media as analysts pointed out that the scandals brought back painful memories of the powdered baby milk and gutter oil scandals.

A statement published by the NFDA last week said inspectors found serious violations in the company's protocol for drug production involving the Vero-cell rabies vaccine. It has revoked the company's certificate for medical products.

"The question is whether the falsified data will affect the medicine's effectiveness as rabies is a deadly virus," Peking University professor Zhang Yiwu told the Global Times.

The curative effect of vaccine determines the credibility of the domestic industry, Zhang added.

Meanwhile, parents wrote online that the fines imposed on the company were too light, and demanded that authorities offer remedial measures to children injected with the substandard vaccine.

Liang Xiaofeng, a deputy director of the Chinese Center for Disease Control and Prevention, previously told the Global Times that "the vaccines are safe, but their potency does not meet standards. So some children injected with a low dose of the problematic vaccine have to get additional injections."

Officials at local centers for disease control, including those from Beijing and Sichuan, told media that they did not purchase the scandal-tainted vaccines, while some other cities said they have stopped using the company-made DPT vaccines.

Experts said they are concerned the scandal could damage the domestic vaccine industry.

Parents told the Global Times that they are considering imported vaccines, while others are questioning the use of the vaccine.

"There is no guarantee that imported vaccines are absolutely safe. The government should better supervise manufacturers of domestic vaccines and swiftly respond to outcries," Zhang said.

"It is not only about vaccines. The cases highlight the difficulties faced by ordinary people on health, child-rearing, corruption and the gap between the rich and poor," said Zhi Zhenfeng, an expert at the Chinese Academy of Social Sciences.