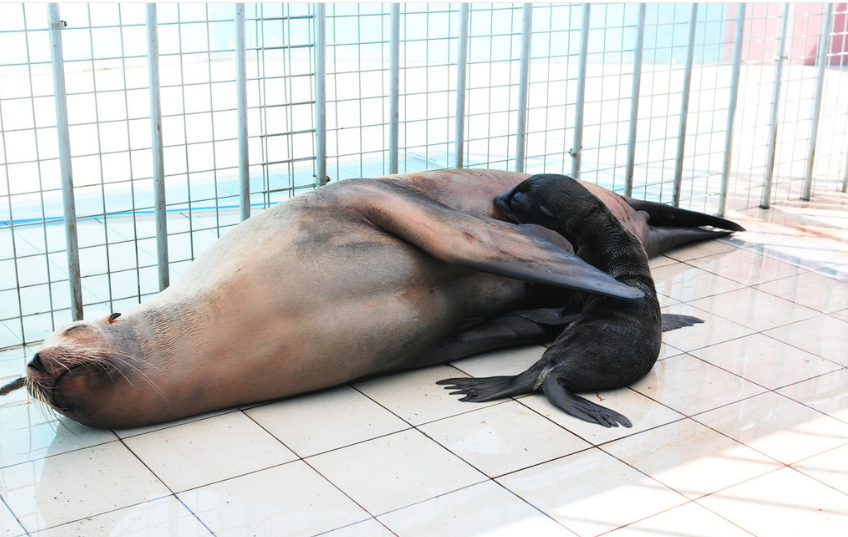 Many companies in the county have borrowed or rented licenses from aquariums and other companies, which have the licenses to provide sea lion and seal rentals nationwide in order to domesticate and breed these wild animals.

Some companies also bred more sea lions than what they have registered, The Beijing News reported on Monday.

The animals there live in substandard conditions, and were mostly purchased from foreign trade corporations in Tianjin, Zhejiang province's Hangzhou and Liaoning province's Dalian.

They are trained to play with balls, clap or catch plastic hoops, and would be sold or rented out to perform at malls or for real estate developers to attract customers.

The newspaper cited an anonymous staff from a local company that there were hundreds of companies engaged in animal leasing and sea lion performance businesses in Liangbaosi town, but few actually breed animals or own legal certifications.

A local manager surnamed Duan told The Beijing News that over 30 sea lions died last year due to commercial performances.

Shandong Provincial Department of Agriculture and Rural Affairs also sent officials to join in the investigation.

According to an official in Jiaxiang county, they found the situation of illegal sea lion leasing serious after a preliminary investigation, and many intermediary companies that advertise these rentals make profits during the process.

Authorities are launching further investigations to crackdown on illegal leasing or rentals of sea lions for performance because of diseases and long distance transport of the animals.