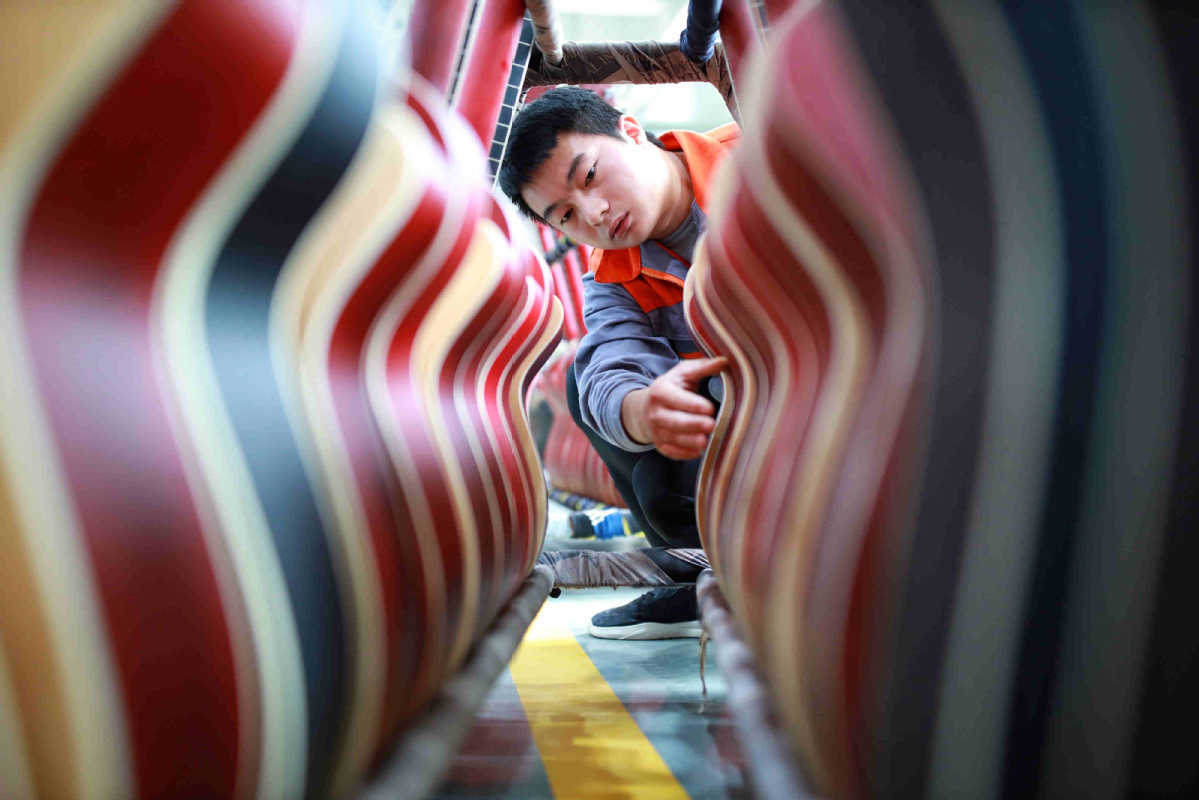 A worker inspects guitar bodies at a factory in Zheng'an county, Guizhou province, last month. Guitars are one of the pillar industries in the county, with factories providing jobs for relocated impoverished residents. (Photo: Xinhua)

More than 9.6 million farmers have moved out of their isolated ancestral homes to escape poverty since late 2012, and authorities are now pledging to provide them with more public services, jobs and better governance in resettlement areas to help them settle into their new homes.

The moves are aimed at preserving the fruits of yearslong relocation efforts and closing the rural-urban gap in access to services, Sun told a news conference held by the State Council Information Office in Beijing.

Since June last year, the commission has been calling for more efforts to foster industries and public services, and strengthen community management in relocation sites to help relocated people settle in.

Employment is another front where local authorities have been working to boost the appeal of such new homes.

Sun said authorities have rolled out job training programs in new settlements with at least 800 residents as part of a broader effort to boost their job prospects.

They have also encouraged factories to use farm produce from such settlements as raw materials, after the Ministry of Agriculture and Rural Affairs pushed the development of fruit and vegetable growing and animal husbandry there, he added.

Wang Aiwen, vice-minister of civil affairs, said grassroots organizations such as village or resident committees will be created to help relocated farmers and to improve governance.

Self-governance rules will be drafted, supermarkets built and community workers employed, he said.

In some cases, relocated people are from a mosaic of ethnic groups with their own traditions and beliefs, which has been reflected in the design of homes in new settlements.

To make sure they each have a voice in their new homes, Wang said quotas will be set for grassroots officials from smaller ethnic groups.

"In the ethnic settlements, the unique ethnic cultures are important aspects to attract tourists, and these places have potential to develop rural tourism in the future," he said.

The mass relocation campaigns have gradually concluded in recent months, enabling authorities to shift focus from building homes and other facilities to improving governance and public services.

Relocation has been one of the most expensive approaches to curbing rural poverty in China's recent anti-poverty drive, as it involves the building of subsidized homes and other public facilities such as hospitals and schools. China has pledged to end absolute poverty before 2021 and build the nation into a "moderately prosperous society in all aspects".

The relocation campaigns have focused on isolated, sparsely populated regions considered unfit for industrial development or where the provision of basic public services such as electricity and tap water are not cost effective.

Wang said some 35,000 new communities have sprung up nationwide over the past eight years, allowing relocated people to live closer to schools, hospitals and factories.