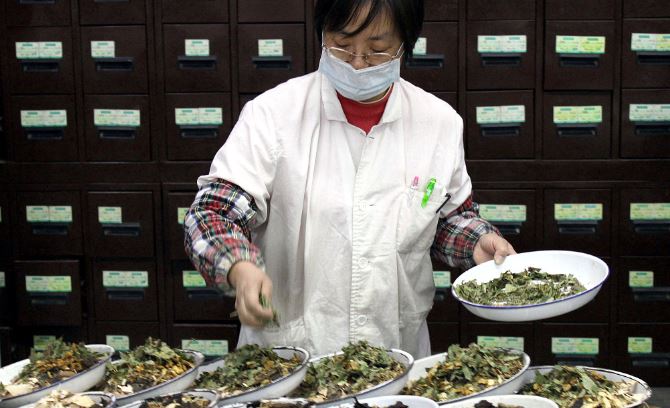 Authorities should intensify the fight against monopoly practices in the supply of pharmaceutical ingredients to ensure the supply of commonly used drugs, experts said.

"Price monopolies of pharmaceutical ingredients have been common in recent years, but punishment of such behavior is too lenient to stop it from occurring," said Shi Lichen, founder of Beijing Dingchen Consultancy, a medical consulting company in Beijing. "In many cases, producers raise prices by dozens of multiples, so they should be fined accordingly. They should pay heavy enough penalties."

All the major culprits, including company executives, should also be punished, rather that just levying fines on companies, he said.

Shi made the comment following the announcement by the State Administration for Market Regulation that two drug companies in China had been fined more than 12 million yuan ($1.7 million) for monopoly practices over a major ingredient flu drugs.

Henan Jiushi Pharmaceutical Co, based in Huixian, Henan province, the largest domestic producer of chlorphenamine, and Hunan Erkang Pharmaceutical Co, a drug seller in Liuyang, Hunan province, have colluded and cooperated closely over the past year to abuse their dominant role in the domestic market for profit, the administration said in a statement last week.

Chlorphenamine, an active pharmaceutical ingredient, is used to produce more than 2,000 drugs that treat allergies and flu. Some are in common use and in high demand.

The companies' monopoly practices included selling the ingredients at unfair prices, forcing buyers to purchase related accessories and refusing to sell by claiming that they were sold out.

In July, the price of the ingredients increased from 400 yuan per kilogram to 23,300 yuan per kg in just a month, causing some drugs to be in short supply, according to media reports. Monopoly practices were behind the price rise, the reports said.

The two companies' monopoly practices pushed up the prices of the raw material, resulted in suspension of production by some other drug companies and damaged the interests of many patients, the administration said.

Shi, from Beijing Dingchen Consultancy, said the punishments handed down to the two companies are heavier than previous cases.

In recent years shortages in drug supplies caused by monopoly practices over ingredients have become more common largely due to the rapidly decreasing number of producers of active drug ingredients across China, he said.

"Many smaller companies have been closed under heavy environmental pressure in recent years in Hebei province, which neighbors Beijing and is a major pharmaceutical production base in China. And the situation is similar in other areas," he said.

In some cases, only two or three producers are left to produce pharmaceutical ingredients for the whole country, which is essentially a monopoly, he said.

Xiong Weizheng, chairman of Henan Lingrui Pharmaceutical Co, in Xinyang, Henan province, said the threshold for production of drug ingredients should be lowered, so more companies can enter the field.

Meanwhile, drug authorities should intensify supervision over production of pharmaceutical ingredients to ensure quality and adequate market competition, he said.

The State Administration for Market Regulation said it will intensify antimonopoly law enforcement and maintain a fair environment for competition to protect the rights of businesses and patients.