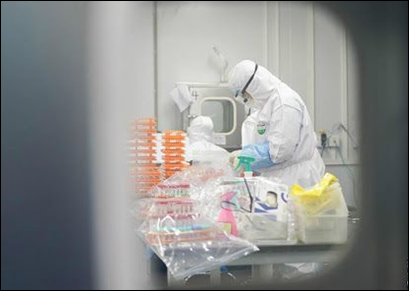 The autopsy results of a deceased COVID-19 patient show pathological changes in the lungs similar to those caused by SARS and MERS, but fibrosis of the lungs was not as serious as that seen in SARS patients.

A report of the results was authored by a team led by Liu Liang, a forensic specialist from the Tongji Medical College at Huazhong University of Science and Technology, and was published in the Journal of Forensic Medicine on Tuesday.

ccording to the report, there was apparent damage to the patient’s lungs. An excess production of mucus spilled out of the alveoli, indicating COVID-19 causes an inflammation response that damages deep airways and pulmonary alveoli.

The patient, an 85-year-old man, exhibited similar pathological changes to those cause by SARS and MERS. Fibrosis in his lungs was not as serious as was seen in SARS patients, but an exudative reaction was more apparent, possibly due to the short course of his disease.

The patient was hospitalized in January for a cerebral infarction, the death of tissue in the brain resulting from inadequate blood supply. He was confirmed to be infected with novel coronavirus 13 days later and died after a further 15 days. The autopsy was conducted within 12 hours of his death.

No apparent pathological changes were found in his digestive system, spleen or brain, according to the report.