Autumn is likely to arrive during the National Day and Mid-Autumn Festival holiday, the Shanghai Meteorological Bureau said on Tuesday.

The season officially comes when there have been five consecutive days of average temperatures below 22 degrees, according to the bureau.

The first two days of the holiday (Thursday and Friday), are forecast to be cloudy with temperatures between 20 and 28 degrees Celsius.

The city will experience heavy rains on the following two days, especially between the evening of October 3 and the morning of October 4. High temperatures on these days are expected in the low- to mid-20s.

The remaining four days of the holiday are expected to be dry, with highs between 18 and 24 degrees.

The authority added that local air quality during this period will be good. 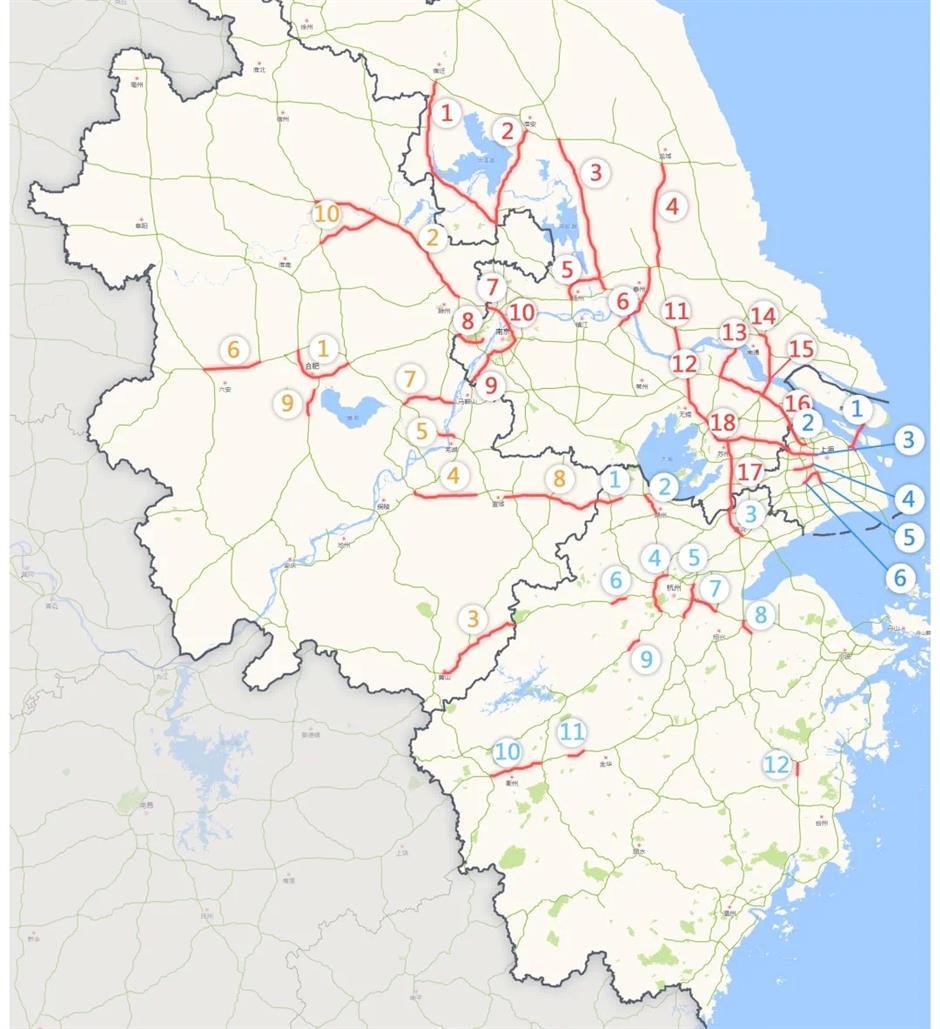 Expected sections of expressway congestion during the holiday period.

Meanwhile, this year’s road traffic is expected to be slightly heavier than last year due to the eight-day holiday, one day longer than usual,  and restrictions on international traveling.

During the holiday period, 9.71 million vehicles per day are expected on expressways in the Yangtze Delta River region.

According to a travel guide issued by transport officials, traffic peaks will come around 10am to 12pm on Thursday and 3pm to 6pm on the last two days.

Congestion is likely at points including the Yangtze River Bridge, the entrance of G1503 near Gaodong,  G15 near Zhuqiao, G2 and G42 near Anting, G50 near Xujing and the returning entrances of S4 and G60.

Some road sections are closed during the holiday due to construction, including ramps connecting G2 and G1503, and S32 to Zhejiang Province near Minpu Bridge.

Hot spots in nearby areas include West Lake in Zhejiang Province, Yellow Mountain in Anhui Province and Slender West Lake in Jiangsu Province.

Officials remind residents to check traffic conditions in advance and stagger their trips.