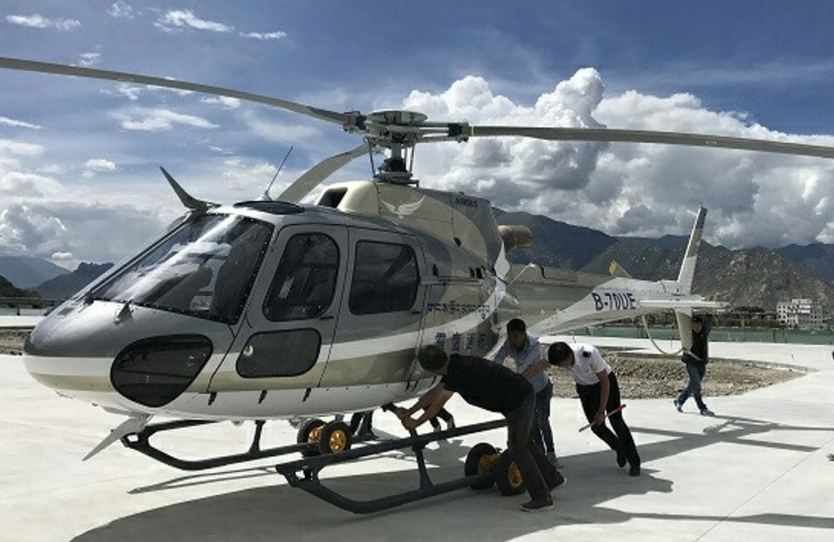 Tourists are now able to enjoy a bird's-eye view of the plateau city of Lhasa, capital of Southwest China's Tibet Autonomous Region after the city approved a helicopter travel service.The city's government confirmed on Monday that it has approved trial operations of the helicopter operated by Lhasa Xueying General Aviation Company.Passengers can book tours at Tsechokling Airport or on WeChat, said deputy general manager Tseten Paldron.The company has two routes: one over Lhasa and another chartered flight to Nam Co, the world's highest saltwater lake, about one hour away from Lhasa.The Lhasa city tour costs 990 yuan ($151) a person and a booking requires a minimum two people.The chartered flight to Nam Co costs 35,000 yuan an hour with three to four passengers onboard.Passengers cannot take cellphones or cameras on board, the company warned.