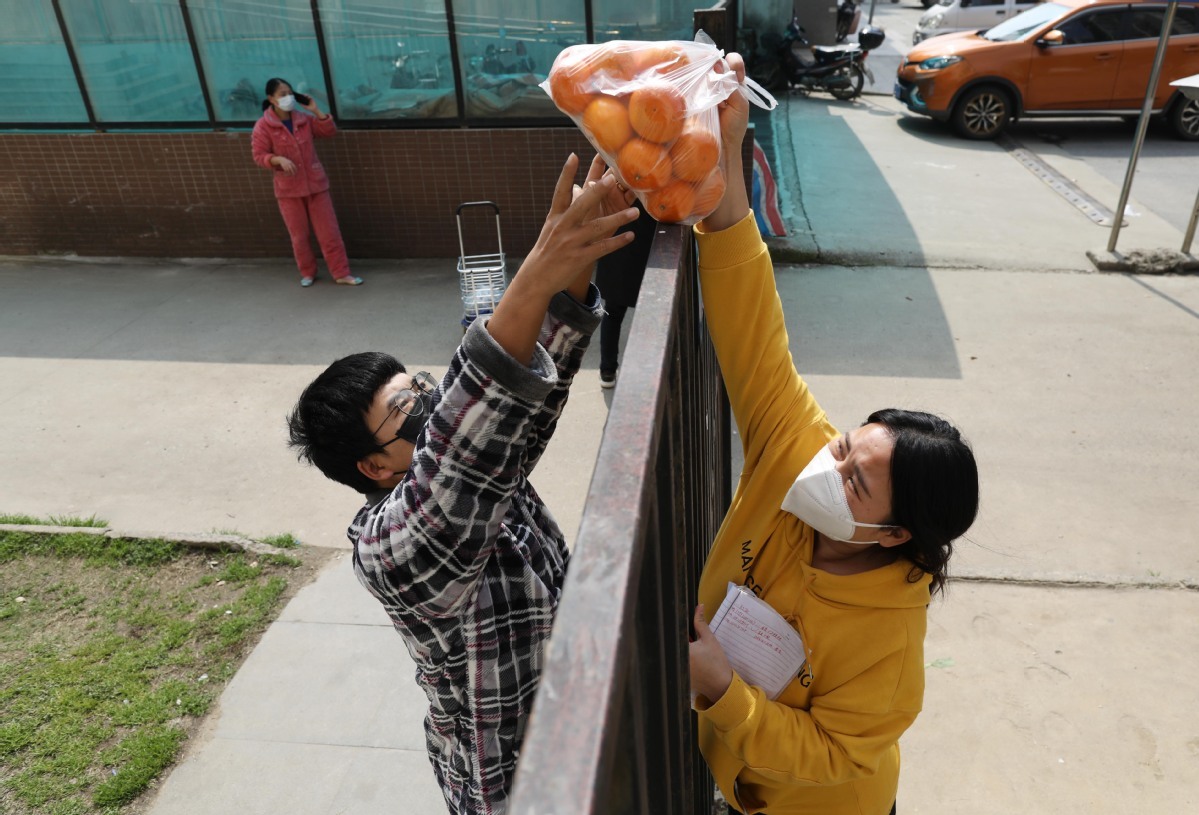 A resident picks up a bag of fruit in Zuoling, Wuhan, Hubei province, in March, 2020. [Photo by Zhu Xingxin/China Daily]

With outbreak under control in Zuoling, Wuhan, residents look to the future

Yin Shaoqing, who lives in Zuoling, a town in east Wuhan, Hubei province, spends most of her time taking care of her newborn grandson.

The healthy baby boy, born after the novel coronavirus epidemic broke out in the city, is the first member of the family's third generation. His arrival dispelled the shadow of the epidemic and brought hope to the whole family.

"I'm not afraid at all. In fact, there's nothing to be scared of now in Zuoling. We may have been a little nervous in the beginning, but now everything is completely under control," Yin said.

Zuoling is in Wuhan's Hongshan district, on the border with the neighboring city of Ezhou. It was farmland 10 years ago, with about 60,000 villagers, but has developed into an important high-tech industrial base in recent years.

More than 100,000 companies have been established in the town in recent years, with another 40,000 people moving in to work there.

The center has been designed to serve 100,000 residents. It has more than 100 medical staff working in stomatology, gynecology and rehabilitation departments, its director, Zhang Jian, said.

The upgrade proved to be timely, with the center playing an important role in the treatment of people infected with the novel coronavirus.

"It's much better now. The most difficult time was the beginning of February," Zhang said. "Our medical facilities are equipped according to normal conditions, and no one could have expected a sudden outbreak of the virus."