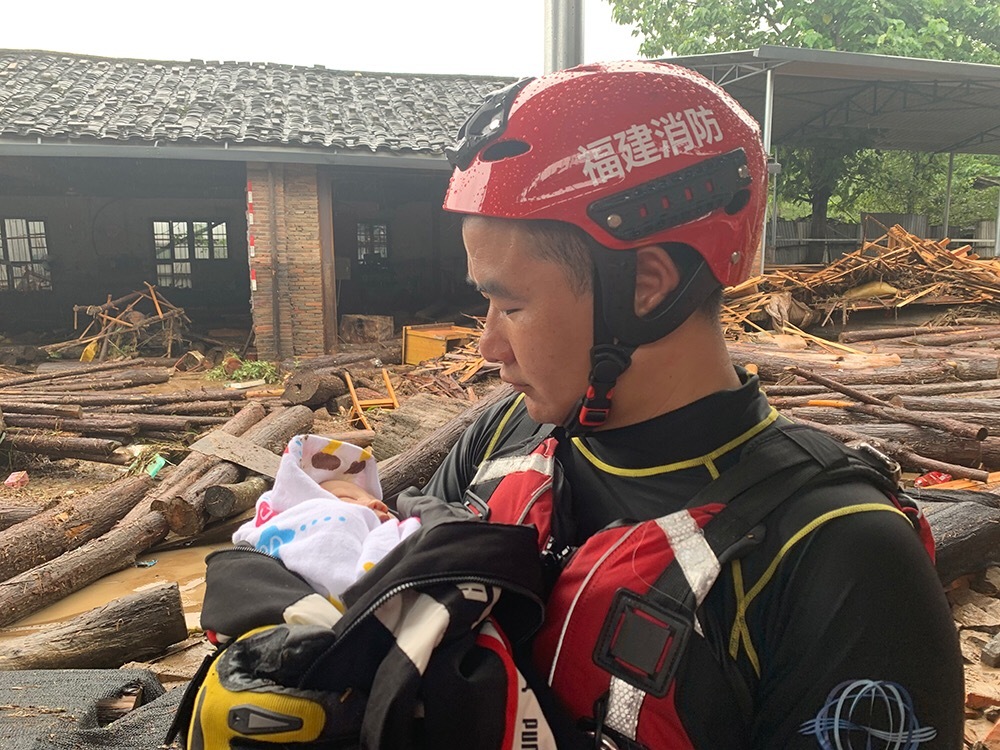 An infant just seven days old who was stranded in a flood was saved with his mother by rescue workers in Wuyishan city in East China's Fujian province on Thursday.

A downpour that amounted to more than 10 centimeters of rain within an hour hit the city on early Thursday morning, causing flooding and trapping residents in their homes.

The fire department in Fuzhou city sent 160 firefighters, 12 boats and 23 trucks right away for rescue and rescue workers heard the continuous crying of the baby when they passed by a wood processing factory on the city's Shixiong Street.

The rescue workers searched the factory and found a baby boy and his mother, who had difficulty moving as she had given birth to the boy a week ago by C-section.