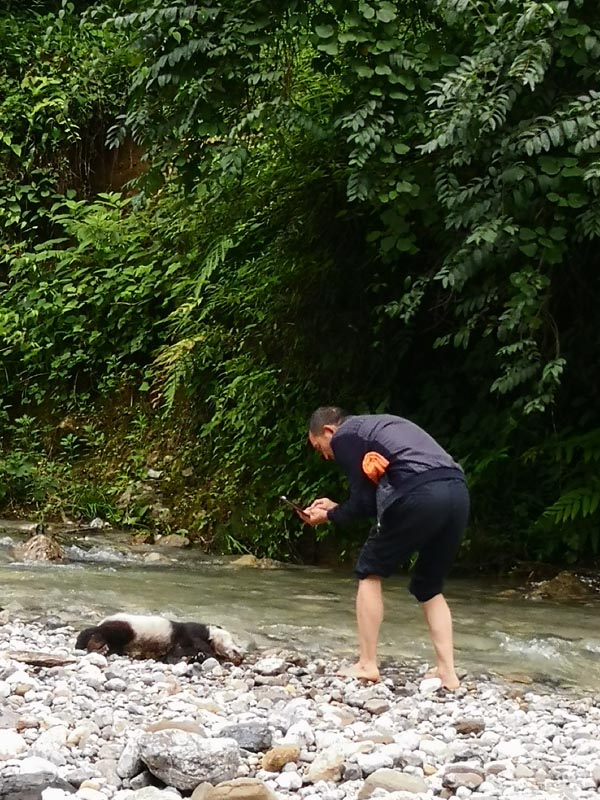 A wild giant panda cub was found dead in Sichuan Province on Tuesday as the region was hit by torrential rains.

The panda, about 6 months old, was found dead at the Heishuihe Nature Reserve by a worker Tuesday afternoon. A statement sent to the Global Times by the Chengdu Forestry and Garden Bureau on Wednesday said the panda probably died in flash floods.

The panda's body was sent to the Chengdu wildlife rescue center. Experts were asked to examine her carcass. 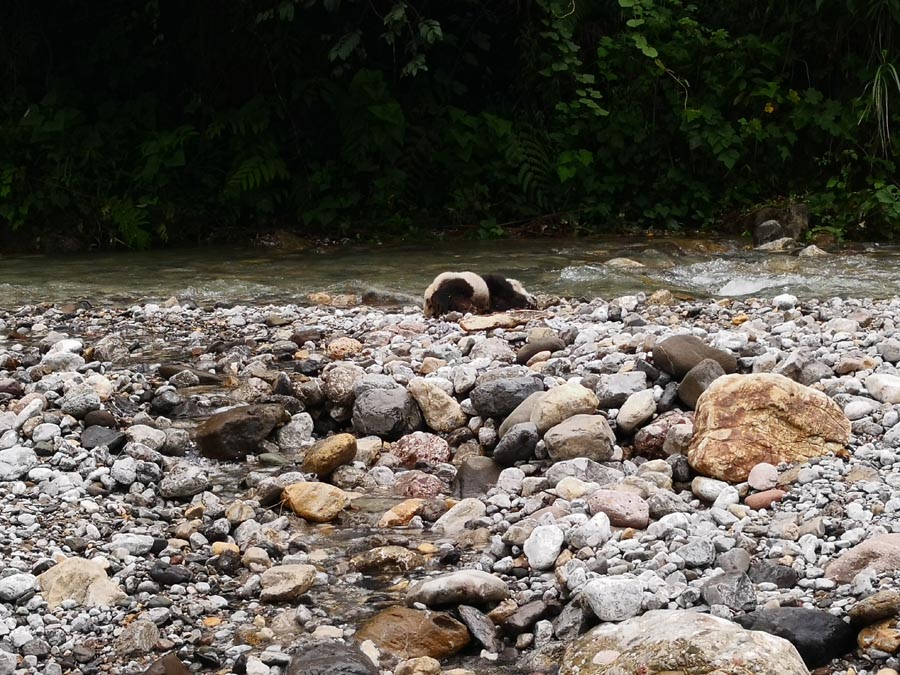 Her head and lower jaw were bleeding. Bubbles were found in her lung, and milk and digested bamboo in her stomach. Her spleen was also suffering from a hemorrhage, the statement said.

The bureau has asked relevant departments to improve safety measures and workers in mountainous areas to keep an eye on wild animals.

Torrential rains triggered an avalanche in Chengdu's Dege county on Monday, killing four people and injuring one, the county government said. Local meteorological authorities said the heavy rain, which started on Monday, will last until Thursday.