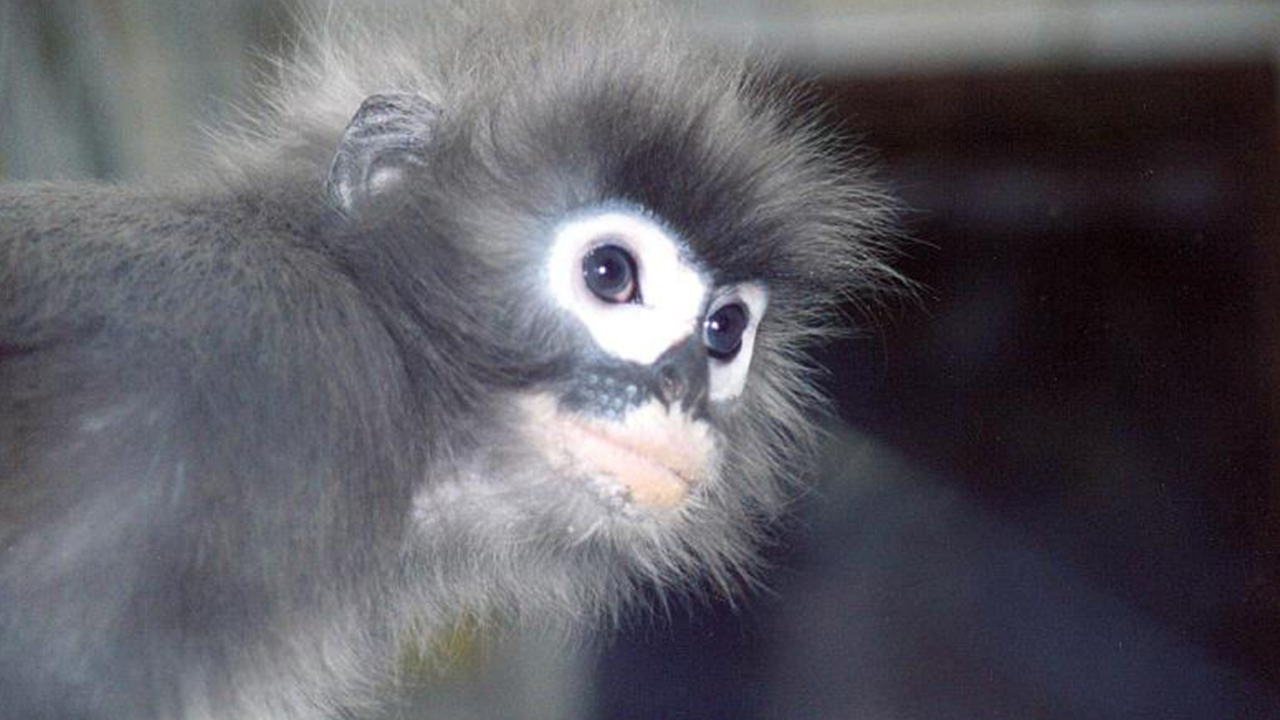 A Phayre's leaf monkey at the Beijing Zoo in China. (Photo: VCG)

The activity of the endangered Phayre's leaf monkeys was recently captured on video at a nature reserve in southwest China's Yunnan Province.

The video, which was filmed at the nature reserve in Dehong Dai and Jingpo Autonomous Prefecture, showed rare footage of golden-colored infant Phayre's leaf monkeys learning to walk and climb trees under the close watch of their parents.

In the footage, a baby monkey is seen, slowly and carefully, swinging on tree branches, while the mother stays close by. After a while, the baby returns to his mother's arms.

Local authorities and scientific research institutions are following the troop of monkeys to observe changes in their population during breeding seasons and their living conditions in order to make better protection plans and policies.

"In order to help the monkey troop grow, we will make plans, for example, to establish some pathways so that the monkeys can spread out to other areas to ensure the healthy development of the species," said Jiang Xuelong, a researcher at the Kunming Institute of Zoology, Chinese Academy of Sciences.