CHINA Badminton Asia Championships to be held in China's Wuhan

Badminton Asia Championships to be held in China's Wuhan

WUHAN, China, Jan. 22 (Xinhua) - The 2019 Badminton Asia Championships will be held from April 23 to 28 at Wuhan Sports Center Gymnasium. Around 300 players from more than 20 Asian countries and regions are to show up in Wuhan, Central China's Hubei Province, organizers announced here Tuesday. 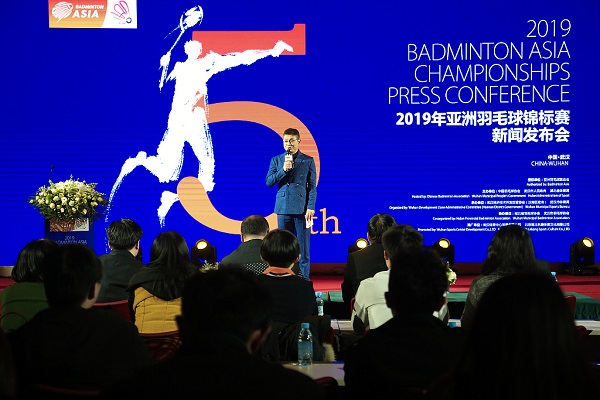 "This tournament is quite important for our players," said Chinese badminton head coach Zhang Jun.

"It will also be a good chance for our players to strengthen their abilities to resist pressure when competing on home ground," Zhang added. "We will fight for each of the gold medals and our players' inspiring performances will be the best proof of our determination."

Chooi Weng Sheng, senior events manager of the Badminton Asia Confederation, conveyed his appreciation to the Chinese Badminton Association and the Wuhan Sports Center on behalf of Badminton Asia. He said Wuhan had set a high benchmark in terms of organization and brought this event to a level never seen before.

Started in 1962, the Badminton Asia Championships is one of the most competitive badminton events in the world. Wuhan has hosted this event since 2015 and it will stay here until 2020.