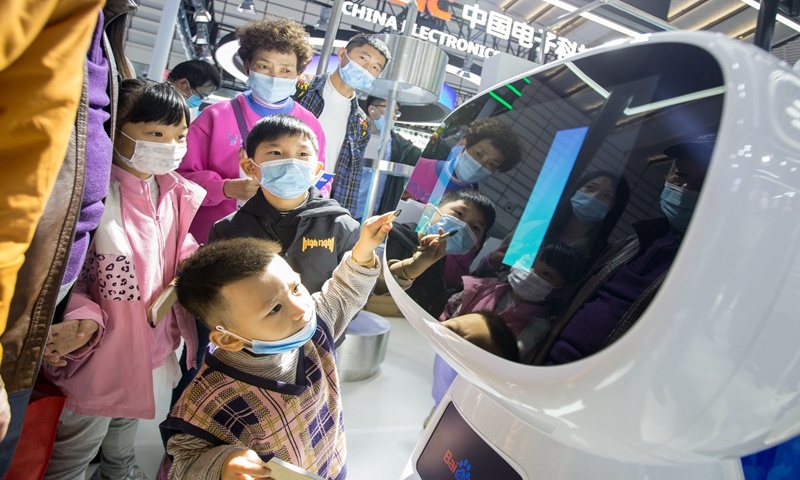 Baidu said on Tuesday that after the transaction it would remain a majority shareholder.

Xiaodu is the developer of DuerOS, a voice assistant system based on AI that supports television, speakers and other smart home appliances.

It completed its Series A funding in November 2020 at a post-money valuation of $2.9 billion, said Baidu.

Earlier in March, Baidu said that its AI chip unit Kunlun also completed a round of fundraising, which according to one source with direct knowledge of the matter valued the business at about $2 billion.

"Kunlun chip business has recently completed a round of financing. We will release more information in due course," Baidu said in a statement sent to Reuters, declining to comment on the investors, fundraising amount or valuation.

CPE, IDG, Legend Capital and Oriza Hua's parent Suzhou Oriza Holdings didn't immediately respond to requests for comment. The source declined to be named as the information is not public.

Baidu is considering commercializing its AI chip design capabilities, with the aim of making the Kunlun unit a standalone company, according to the source.

Baidu's quarterly results topped Wall Street estimates on August 12, as the Chinese search giant benefited from a rebound in advertising sales and higher demand for its AI and cloud products.

The company also said Chief Financial Officer Herman Yu has been appointed chief strategy officer, but will continue to serve as CFO until a successor is found.

Demand for the company's rapidly growing autonomous driving service and AI-powered cloud products, in which it has been investing heavily, has helped diversify revenue sources and offset competition from giants such as Alibaba and ByteDance in its core advertising business.

Baidu spent about 15.9 billion yuan ($2.45 billion) in the quarter to ramp up its products, a 21 percent increase compared with a year earlier.

Baidu's video streaming affiliate, iQIYI, posted a 15 percent increase in advertising revenue and subscribers grew to 106.2 million by June, on the back of more original content. 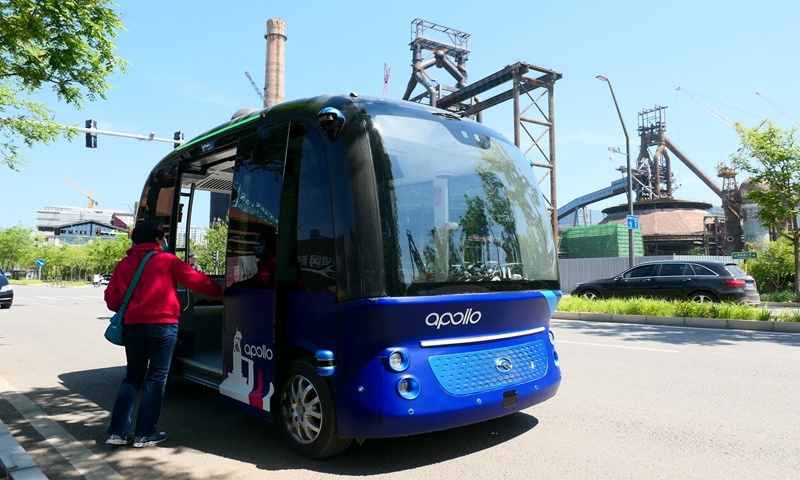 A resident gets on a Baidu Apollo minibus at the Shougang Park in Beijing on May 2, 2021. (Photo: VCG)

In March, NASDAQ-listed Baidu began raising a targeted $3 billion as part of its plan for a secondary listing in Hong Kong. The company made its debut on the Hong Kong stock market on March 23.

Baidu CEO Li said the secondary listing was a homecoming for the company.

"When Baidu got listed in NASDAQ...I said NASDAQ was only one of our stops. Baidu would come back to China eventually, because China is our root. Today, Baidu finally came back home," he told a ceremony in Beijing.