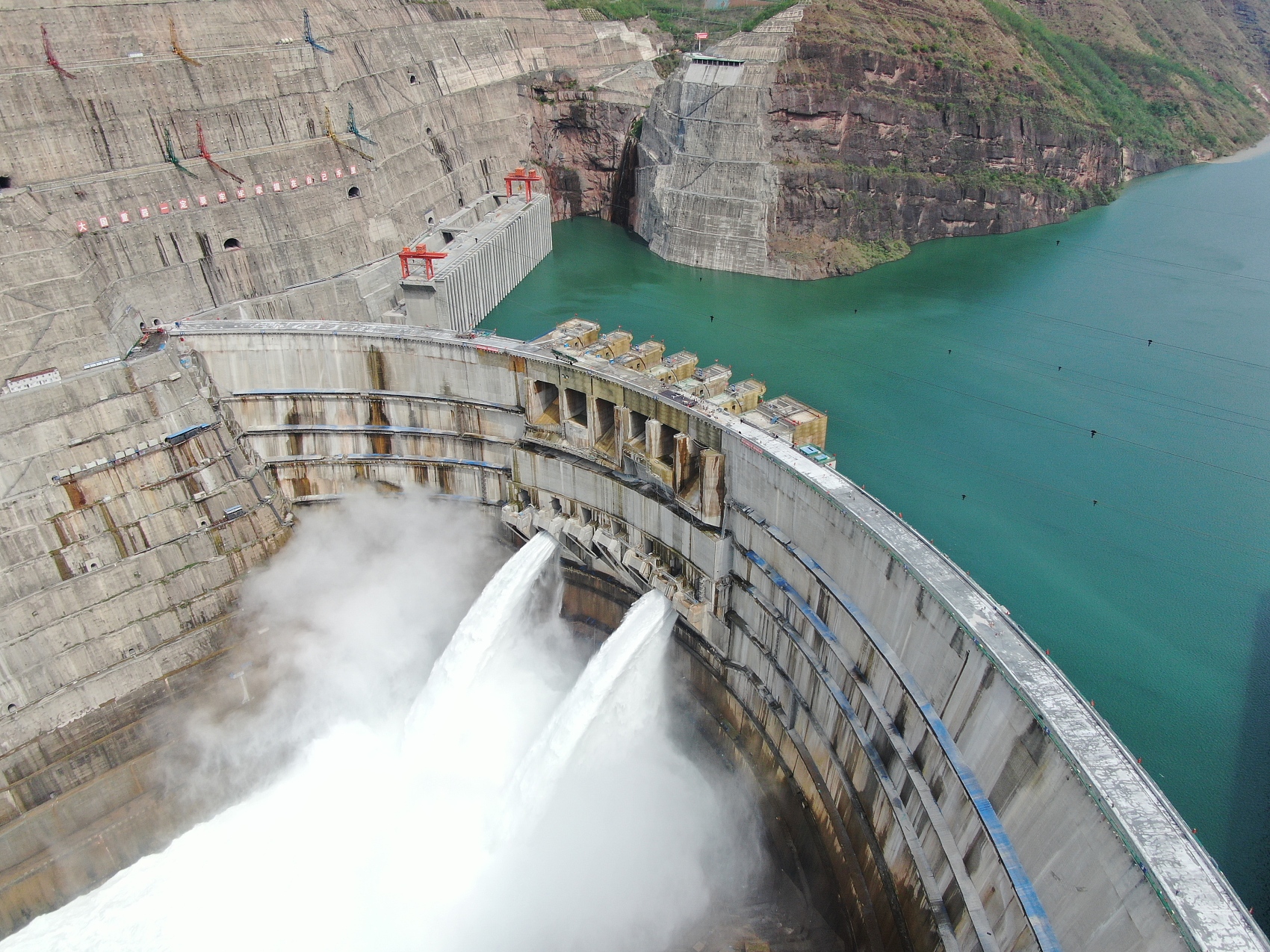 KUNMING/CHENGDU, June 28 (Xinhua) -- The Baihetan hydropower station, the world's largest under construction, was officially put into use in southwest China, with two generating units in operation on Monday.

The hydropower station is located on the Jinsha River, the upper section of the Yangtze River, and straddles the southwestern provinces of Yunnan and Sichuan.

In the station's underground powerhouse, the first two such units are running steadily, and all units are scheduled to be operational in July 2022, according to China Three Gorges Corporation (CTGC), which built the station.

Upon completion, Baihetan will become the world's second-largest hydropower station in terms of total installed capacity, second only to the Three Gorges Dam project in the central province of Hubei.

"The generator rotor -- a core component of the units -- weighs 1,955 tonnes, and can spin at 111 revolutions per minute and still remain stable, which ensures the long-term safe operation of the units," said Chen Hao, an engineer with the CTGC.

The dam of Baihetan is an ultra-high double-curvature arch dam with a maximum height of 289 meters and an arc length of 709 meters. The concrete pouring for the dam started in April 2017 and ended in late May this year, with a total casting volume of 8.03 million cubic meters for its main body.

Since the pouring began, thermal cracking has not been found on the dam, proving that China has completely mastered the key technology of temperature control and crack prevention in mass concrete, according to CTGC.

"All the core technologies of the Baihetan hydropower station are independently developed. The operation of the first generating units marks a breakthrough in China's construction of large-scale hydropower projects," said Lei Mingshan, chairman of CTGC.

A key project in China's west-east power transmission program, the hydropower station will generate an average of more than 62.4 billion kWh of electricity every year. Its green power will be transmitted to east China, contributing to the high-quality development of the local economy.

When in full operation, the Baihetan project is expected to save approximately 19.68 million tonnes of standard coal, and reduce carbon dioxide emissions by 51.6 million tonnes, sulfur dioxide by 170,000 tonnes, and nitrogen oxides by 150,000 tonnes annually.

Working with other hydropower stations in China, Baihetan will help achieve the country's carbon-peak and carbon-neutralization goals, and promote the comprehensive and green transformation of economic and social development.

"The hydropower station has a flood control capacity of 7.5 billion cubic meters. It will function as a flood barrier for the middle and lower reaches of the Yangtze River," said Wang Wei from CTGC.

During the dry season, it will also increase the flow in the lower reaches and improve the navigable conditions of the channel, according to CTGC.