The first two units of the Baihetan hydropower station in Southwest China have generated over 1 billion kilowatt-hours of electricity since operation on June 28. 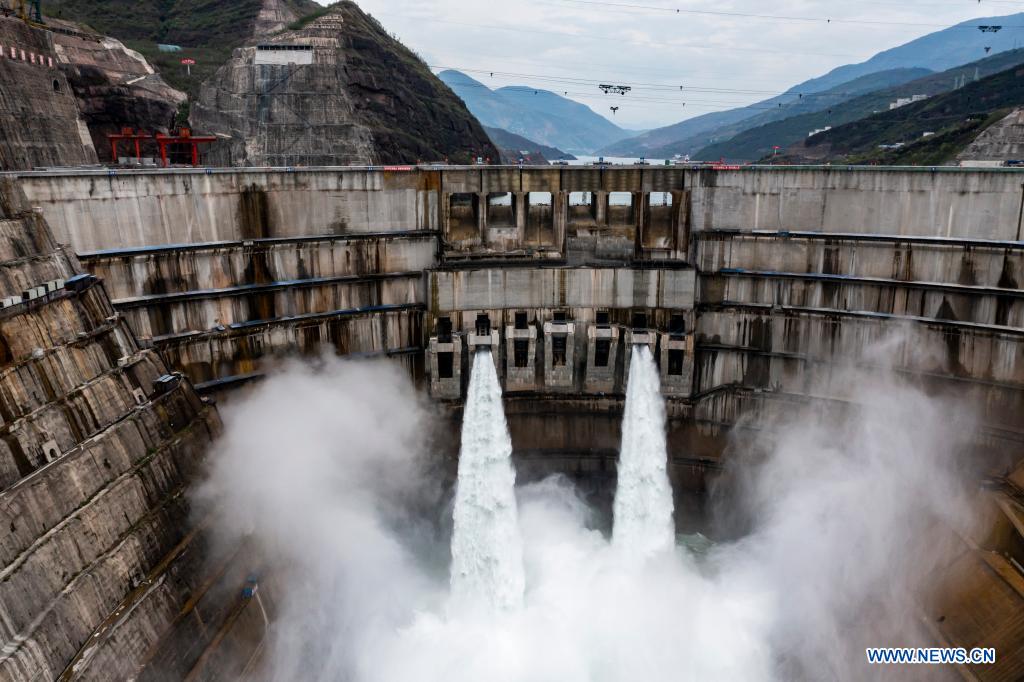 Now, its third of 16 generating units was officially put into use on Saturday after three days of trial operation.

The Baihetan hydropower station, straddling the provinces of Yunnan and Sichuan, is located on the Jinsha River, the upper section of the Yangtze River in Southwest China.

The hydropower station is designed to be equipped with 16 made-in-China hydro-generating units, each with a capacity of 1 million kilowatts, the largest single-unit capacity in the world.

With an investment of 220 billion yuan ($34 billion), the construction of the hydropower station started in July 2017. All units are scheduled to be put into use in July 2022. Upon completion, the station will become the world’s second-largest in terms of total installed capacity and generate an average of more than 62 billion kilowatt-hours of electricity every year.