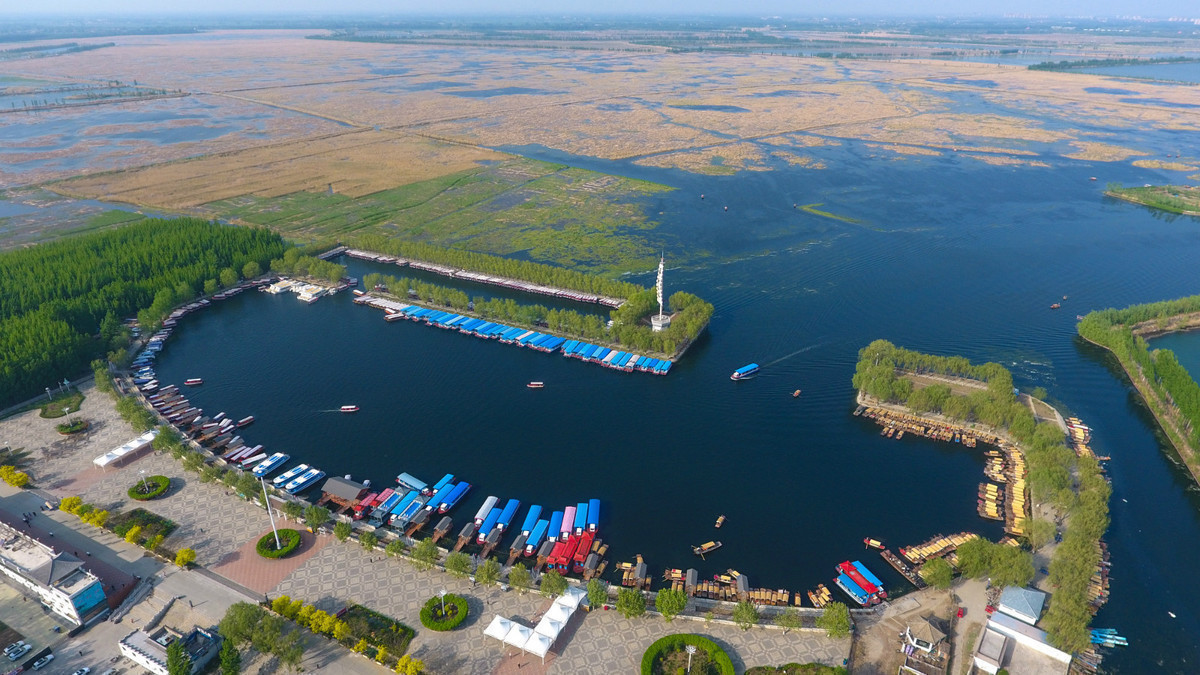 Baiyangdian Lake, the largest freshwater wetland in northern China, has experienced marked improvement in its water quality as the country forges ahead with the construction of a green Xiong'an New Area, according to the National Development and Reform Commission.

The water quality in the lake in 2020 reached Grade IV in the country's five-tier water quality system compared with below Grade V in 2017, said He Lifeng, chairman of the commission.

The improvement has been sustained this year. Some of the national monitoring stations in Baiyangdian reported water quality better than Grade V in the first half this year, he reported to a session of the Standing Committee of the National People's Congress.

From January to June, the four major rivers that empty into the lake and their 50 upstream rivers have also seen their water quality reaching Grade V or even higher levels, he said, adding this is the best water quality these water courses have generally experienced in the past 10 years.

From 2017 to 2020, a total of almost 1.5 billion cubic meters of water was diverted to Baiyangdian to help conserve its ecosystem, he noted.

China announced plan to establish Xiong'an New Area in April 2017 as a location for many of Beijing's non-capital functions and relocated population. The authorities plan to build it into a green, low-carbon and innovative city.