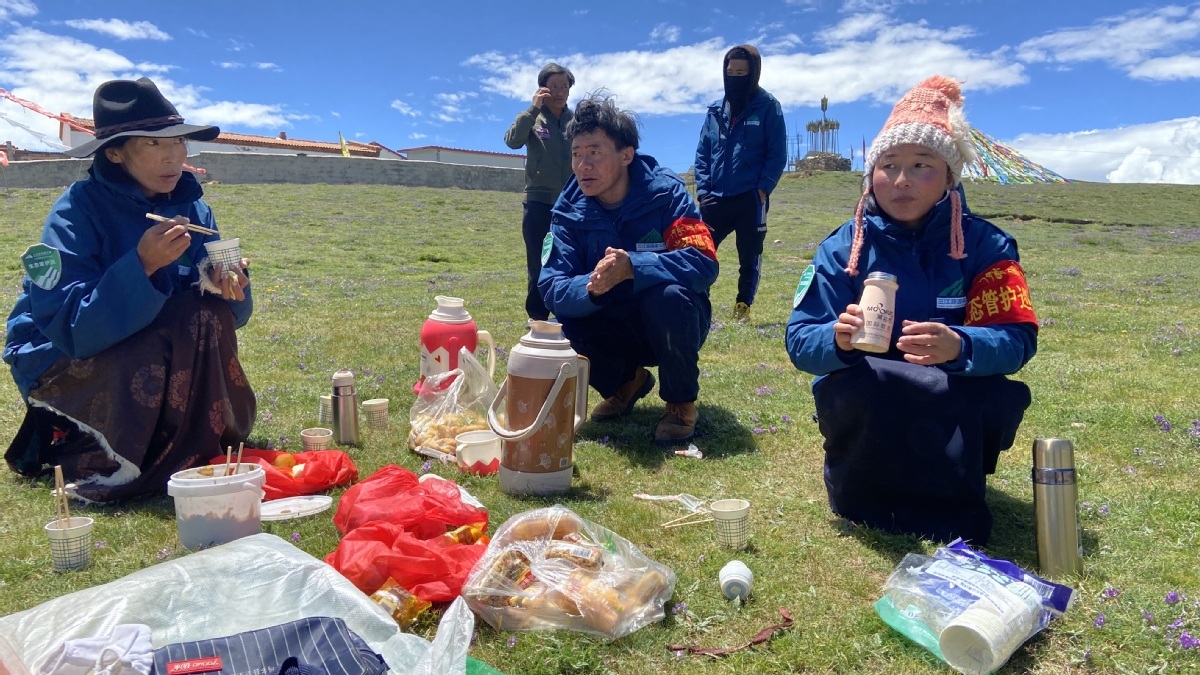 Unlike some Western countries where national parks are located in sparsely populated areas, China's facilities are home to a large number of residents, said Tang Xiaoping, deputy director of the National Parks Management Office at the National Forestry and Grassland Administration.

As an example, he noted that about 75,000 people live in or near the Northeast China Tiger and Leopard National Park, which covers 14,600 square kilometers in the provinces of Jilin and Heilongjiang.

"Instead of asking all the local residents to move outside the park, relocation is just an additional measure to reduce the impact of human activities on the parks' environments," Tang said.

He added that China promotes joint construction of national parks between the government and local people to balance the relationship between environmental protection and the social development of communities.

At the Three-River-Source National Park, which is home to about 72,000 herdsmen, in Qinghai province, only about 10 percent of residents have been relocated so far. The park has successfully explored new ways to boost the local economy, such as employing former herders as environmental conservationists.

Suo Suo is one of 17,211 environmental conservationists in the park. He used to be a herdsman in Madoi county, but he took up his new job in 2016.

Under management guidelines, one member of each family in the park is allowed to work as a government-paid conservationist. When their salary and subsidies are added together, each conservationist earns about 20,000 yuan ($2,930) a year.

In the area around the source of the Lancang River, only one village has been given such certification: Niandu in Angsai canyon, known as "the home of the snow leopard".

The local government helped train 22 local herdsmen as tour guides, offering visitors introductions to a range of activities from a cultural experience to a wildlife tour that includes a snow leopard quest, which takes three to seven days and is priced at about 20,000 yuan per person.

The income is used in three ways: 45 percent goes to the residents; 45 percent is spent on public affairs in the village; and the remaining 10 percent is used to help protect the environment. Last year, ecotourism in Angsai attracted 98 tour groups, generating income of more than 1 million yuan.

The practice has been successfully introduced at other parks. In 2007, the Potatso National Park in the southwestern province of Yunnan started an ecotourism program with the participation of local residents, nine years before it was listed as one of the 10 pilot parks in 2016.

In recent years, several tour routes have been developed to cater to different areas of interest, such as cultural exploration, natural scenery and wildlife quests. Residents can earn good incomes by running family inns and providing visitors with local cuisine and guide services.

According to statistics from the Yunnan Forestry Department, ecotourism brings each family in Potatso at least 20,000 yuan a year, while some families have made as much as 100,000 yuan.

Potatso's green industry generates annual income of at least 15 million yuan, which is placed in a fund to support education or used to subsidize poor families in several communities.

As home to the country's most dramatic and spectacular natural features, the national parks play a crucial role in providing people with nature and science education, Tang said.

For example, the Northeast China Tiger and Leopard National Park has a science education center and a natural history museum that features a herbarium and stuffed animals.

The park hosts regular birdwatching activities and also gives young people the opportunity to see a range of wild animals.

In August, the Potatso National Park announced the construction of a library near wetland with the region's most eye-catching views. In addition to providing a reading area, the library, which will be China's first built around the theme of environmental protection, is expected to introduce augmented reality technology to provide a greater interactive experience.

Other measures to balance economic growth and eco-protection are also being practiced in the 10 pilot parks. For example, Tang said local governments are encouraging the founding of new towns with distinctive themes near the national parks to boost tourism.

"We have also introduced scientific research in the national parks and asked local people, experts, businesses and social organizations to join our efforts," he added.