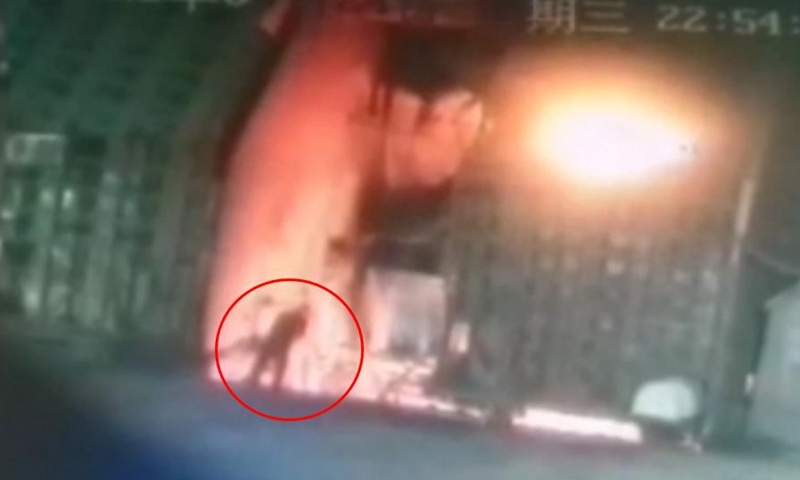 (Photo: Screenshot of video from thepaper.cn)

A worker in a Baogang Group's plant in Baotou, North China's Inner Mongolia Autonomous Region, jumped into the molten steel in a blast furnace and died, staff from the Baotou Emergency Management Bureau confirmed with media on Monday after a video of the incident went viral on line.

The staff from the emergency management bureau expressed his sympathy for the victim but said that he is not clear about when and where the incident happened. The identity of the victim and the cause of death have not been confirmed, and the police has started an investigation, the Xiaoxiang Morning Post reported.

The video clip shows that a person jumped into a furnace after lingering on its side for a while. Rumors circulating online said that the person in the video, a male worker at Baogang Group, committed suicide by jumping into the molten steel because of too much pressure at work. The company has not released any announcement yet.

In the video, he walked to the slag spray port during the smelting operation which was glowing red due to the high temperature.

Standing at side of the port, he peeked into it, took off his hat, walked a few more steps toward the converter, jumped and disappeared in the video.

"He is gone all at once," said a voice in the video which is a shot from surveillance footage.

The time in the footage appears to be Wednesday March 24, 2021 but the exact time of the incident cannot be determined as the image is not clear and incomplete.

The footage was apparently taken from surveillance video of the No. 7 converter of the steelworks.

Many netizens grieved over the heartbreaking image of the worker jumping into the high temperature molten steel and were concerned about the reasons behind the incident.

"That is more than 1,000 degrees, how could he make the jump into it," a netizen posted.