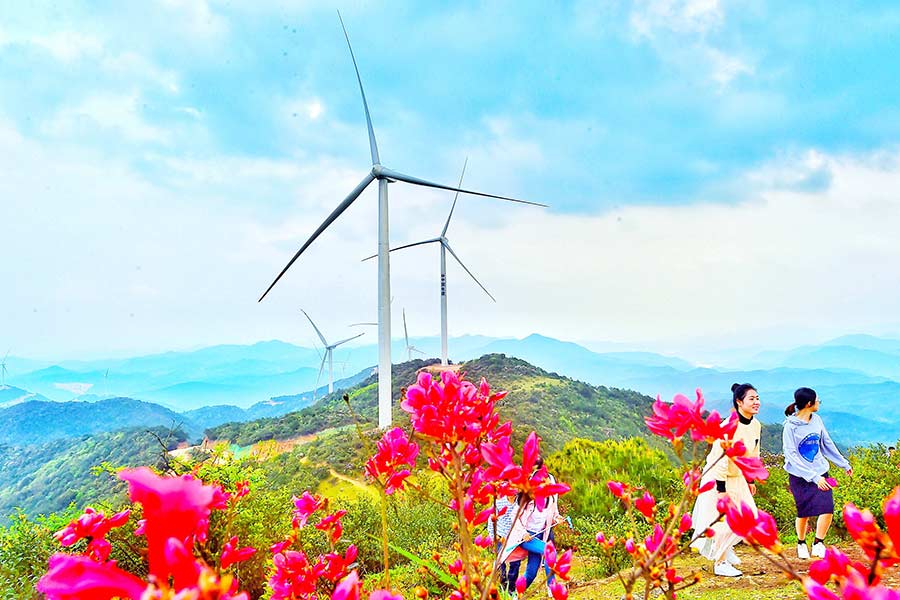 Former central revolutionary base areas in southern Jiangxi province have seen rapid economic and industrial development over the past decade, with major issues around the quality of people's livelihoods solved and people's sense of happiness increased, according to the provincial authorities.

A symposium marking the 10th anniversary of the implementation of the strategy for revitalizing and developing the former Central Revolutionary Base of Southern Jiangxi was held in Ganzhou of southern Jiangxi recently.

With the strong support of the central government, the former revolutionary base has experienced profound changes in economic development and in people's living standards in urban and rural areas, according to Yi Lianhong, Party chief of Jiangxi.

From 1929 to 1934, most parts of southern Jiangxi were the revolutionary base of the Communist Party of China. In November 1931, the Provisional Central Government of the Chinese Soviet Republic was founded in Ruijin of Ganzhou, a milestone that signified the official establishment of the Central Revolutionary Base.

However, due to multiple factors such as transportation conditions and industrial structure, the economic development of the region has lagged far behind the national average.

In June 2012, the State Council, China's Cabinet, issued a guideline on supporting the revitalization and development of the former central revolutionary base areas such as southern Jiangxi.

In addition to focusing on the local economy and industrial development, Ganzhou has been dedicated to solving livelihood problems, and nearly 70 percent of government fiscal spending has gone into ensuring and improving people's well-being. Over the past decade, about 556 billion yuan was spent on improving people's wellbeing, an average annual increase of 16.8 percent, according to the provincial government.

Prominent issues concerning the people's well-being, including housing, drinking water, electricity and education have been effectively resolved. Over the past decade, about 2.15 million people were lifted out of absolute poverty, nearly 3 million rural residents moved into safe and new homes, and 5,800 urban and rural schools were renovated and expanded.

In April 2021, the State Council issued a document about central government organs offering partner assistance for the former revolutionary base to promote local development.

A total of 63 agencies from central authorities have participated in partner assistance to 43 county-level areas under the jurisdiction of Jiangxi's Ganzhou, Ji'an and Fuzhou and Fujian province's Longyan and Sanming from 2021 to 2030.